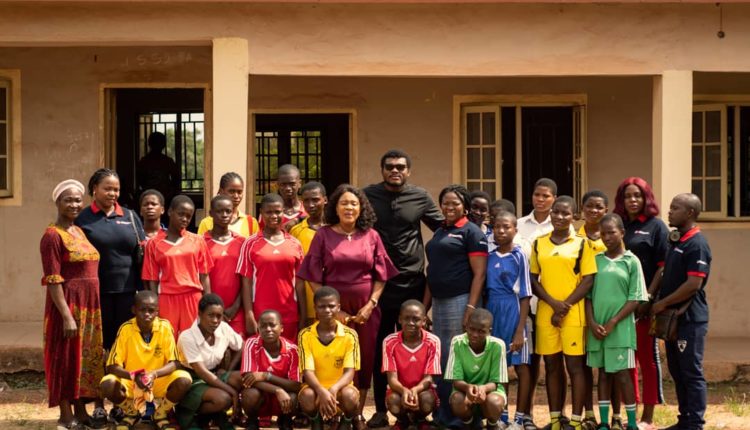 A non-governmental organisation, JESUNIC Foundation has provided scholarships to ten indigent Students in southeast Nigeria to enable them to achieve a World-Class Education.

The Managing Director of the Foundation, Comrade John Paul Egbo, who disclosed the kind gesture in a statement, he made available to Newsmen in Awka, Anambra State capital, on Saturday, explained that the JESUNIC Foundation aims and objectives is to achieve the Sustainable Development Goals (SDGs) focused on education, women empowerment and community development across the country.

According to Egbo, this is evident in our various projects such as scholarships for indigent students, vocational school for women and girls, empowerment of widows, provision of clean water and sanitation, medical aid and support and other outreaches to schools and villages.

“This is a unique approach to reaching your world that other non-governmental organisations can emulate to achieve the greater good for the greatest number of Nigerians.

“The scholarship is for only students/wards from less privileged homes whose parents/guardians encountered difficulties in paying their tuitions.

“This exercise would be a continuous one as an encouragement to students to remain steadfast towards making Enugu and the country at large proud.

Egbo, admonished the beneficiaries to be good representatives of the school who will grow to be men and women of sound character in Enugu State and beyond.

He commended the Enugu state governor, Ifeanyi Ugwuanyi for providing an enabling environment for the seamless attainment of rounded education in the state.

While thanking the benefactor, for his usual kind gesture, the students showered praises, prayers, called on Enugu sons and daughters to emulate John-Paul so as to improve education sector in the state.