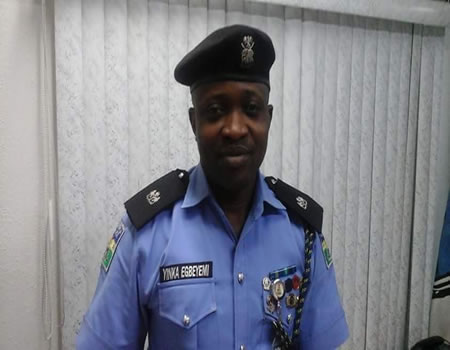 Lagos State Task Force on Environmental Sanitation (Task Force) said on Sunday that it has destroyed and burnt weeds suspected to be Indian hemp worth millions of naira recovered from arrested miscreants and hoodlums during the fracas at Mushin, which took place recently.

A total of 36 miscreants and hoodlums were arrested during the said fracas between Alamutu and Akala-Elegba boys at Idi-Oro where innocent citizens were killed and injured with properties worth several millions damaged.

This is just as the Agency boss, SP Olayinka Egbeyemi, over the weekend, also led his team to arrest another 115 miscreants and hoodlums during an over-night operations carried out around Fadeyi, Akala and Idi-oro area of Mushin, with one of them being ‘Lanre Olowojobi (a.k.a Pumpy), a notorious criminals found to have killed and raped innocent members of the public around Mushin area.

Egbeyemi, according to the statement made available by the Agency’s spokesperson, Mr Taofiq Adebayo, led his enforcement team to carry out the exercise, saying the illegal drugs include codeine, Indian hemp and other outlawed drugs.

Adebayo said they were destroyed and burnt at Olusosun Dump Site, Ojota in compliance with the order of Magistrate Tosin Ojuromi of the Lagos State Mobile Court at Oshodi.

He recalled that the magistrate recently gave the order after the prosecution of 36 miscreants and hoodlums arrested during the said fracas at Idi- Oro area of the state.

Speaking on the raid that took place over the weekend in which another 115 miscreants and hoodlums were arrested around Fadeyi, Akala and Idi-Oro area of Mushin, Adebayo stated that the Task Force boss, Egbeyemi, decided to lead his team to carry out the exercise In order to make the entire Mushin area more secured for both businesses and residential.

He said preliminary investigation had shown that the notorious hoodlums, a 37- year- old ‘Lanre Olowojobi (a.k.a Pumpy), being one of those arrested, had made a confessional statement that he had killed and injured several people since the fracas started on January 29, 2010.

He added that Lanre confessed that his Pump Action’ guns and other dangerous weapons being used during any fraca were in the custody of one Toba Ajiboye.

According to Adebayo, Lanre Olowojobi had been immediately transferred to State Criminal Investigations Department, Panti, Yaba, Lagos for further investigations on the directive of the State Commissioner of Police, Mr. Fatai Owoseni, while all the arrested 115 miscreants and hoodlums were charged to Lagos State Mobile Court at Oshodi, presided over by Magistrate Lateef Owolabi on a 3-count charge and sentenced individually to one year imprisonment with a fine of N70,000 as an option.

Much of 2016 was spent clearing the mess we inherited —Osinbajo