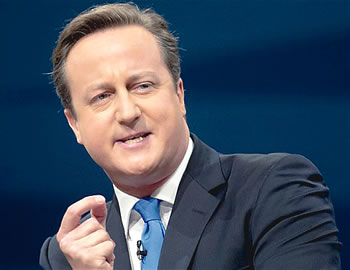 From world leader to the wilderness in just under three months.

David Cameron, the former British Prime Minister has announced he will stand down as a member of parliament for his constituency of Witney immediately, triggering a by-election.

Cameron, who has worked in Parliament since 2001, stepped down as Prime minister in the aftermath of the Brexit vote in which the UK decided to leave the European Union.

CNN reported that he had previously said that he was “keen to continue” in his role as a backbench MP after stepping away from Downing Street but has since decided such a role is untenable.

“In my view, the circumstances of my resignation as Prime Minister and the realities of modern politics make it very difficult to continue on the backbenches without the risk of becoming a diversion to the important decisions that lie ahead for my successor in Downing Street and the Government,” he said in a statement Monday.

“I fully support Theresa May and have every confidence that Britain will thrive under her strong leadership.

“I now look forward to a life outside of Westminster, but hope to continue to play a part in public service and to make a real and useful contribution to the country I love.”

He revealed that he spoke with his successor before making the decision public.

“I spoke to Theresa May and she was very understanding about this decision,” Cameron told ITV.

“I support her. I support what she’s doing. She’s got off to a cracking start. Obviously I’m going to have my own views about different issues; people would know that. And that’s really the point.

“As a former prime minister it is very difficult, I think, to sit as a back bencher and not be an enormous diversion and distraction from what the government is doing.

“I don’t want to be that distraction. I want Witney to have an MP that can play a full role in parliamentary and political life in a way that I think I would find very difficult, if not impossible.”

I inherited nothing from PDP’s 16 years in government —Buhari