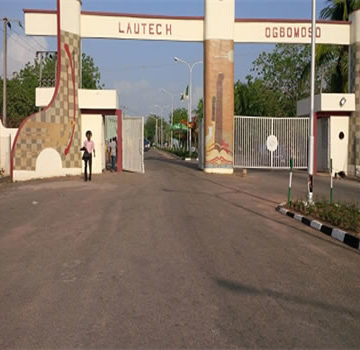 AN end may be in sight to the lingering crisis facing Ladoke Akintola University of Technology (LAUTECH) as owner states of the institution have announced the constitution of a governing council.

Other members of the council as contained in a statement by Secretary to the Oyo state government, Mr Olalekan Alli, are Mr. Abiodun AbdulJelil Owonikoko; Mr Isiaka Olagoke and Mr Tise Adenipekun.

The statues setting up LAUTECH empowers the governing council to be responsible for policy decisions that have financial implications, the General Management of the University Affairs, especially the control and maintenance of the property and expenditure of the University.

The Council has power to do anything, which in its opinion, is calculated to facilitate the carrying on of the activities of the University, including the regulation of the constitution and conduct of the University.

The newly constituted governing council, billed for inauguration, is to serve for four years as stipulated by the laws setting up LAUTECH.

Alli in the statement avowed positivity that the setting up of a governing council was a major step in resolving the LAUTECH crisis, calling for the cooperation of the university community and other stakeholders.

Activities in LAUTECH had been paralysed following the declaration of an industrial action by the Academic Staff Union of Universities (ASUU) of the institution on June 2, 2017.

2023: INEC to commence collection of PVCs at registration areas/Wards on Friday