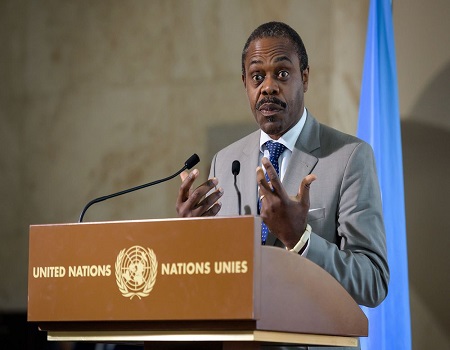 A former health minister in the Democratic Republic of Congo and his financial advisor were sentenced on Monday to five years of forced labour for embezzling more than $400,000 from the country’s Ebola response funds, a court order showed.

Oly Ilunga was health minister for seven months at the height of the Ebola epidemic in eastern Congo, which has killed more than 2,200 people since mid-2018. It is winding down now, with no new cases recorded in over a month.

President Felix Tshisekedi stripped him of his role managing the Ebola response last July and he resigned from the government days later, criticizing actions taken by Tshisekedi. He was arrested in September.

Ilunga’s lawyers did not immediately respond to a request for comment on Monday, but they have previously denied all the allegations.

The court convicted Ilunga and his financial advisor of forging receipts worth $391,332 from a fake company, referred to as New Sarah pharmaceutical depot, to justify purchases of products already paid for by international donors.

The pair diverted a further $13,000 intended to pay for transport of life-saving goods to Ebola hotspots, the court found.

The judgment marks the first time a minister from former President Joseph Kabila’s government has been convicted for corruption since Tshisekedi took power last year. Ilunga was nominated by Kabila but remained in his post for months while negotiations about Tshiskedi’s first cabinet dragged out.

Having run on an anti-corruption ticket, Tshisekdi’s declared ambitions to clean up public finances have been hampered by an awkward power-sharing deal with Kabila, whose allies control a majority of ministries and seats in parliament.

The hundreds of millions of dollars pumped by foreign donors into the response to Congo’s Ebola outbreak, the second deadliest ever, raised fears of corruption after the response to West Africa’s even larger 2013-16 outbreak was dogged by allegations of graft.