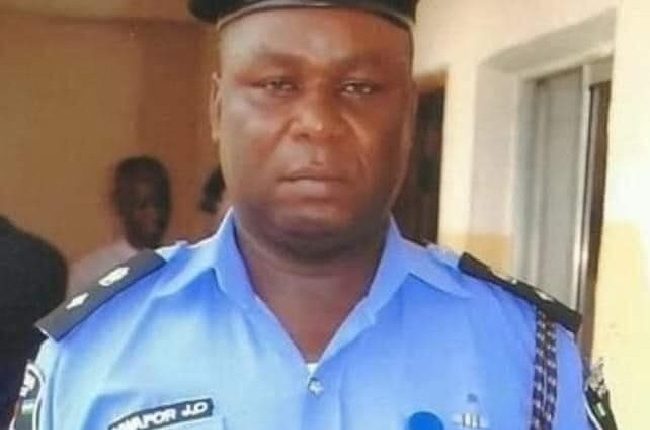 He was supposed to appear to answer questions on some allegations of extrajudicial killings, maiming and others while in charge of the SARS in the state.

The Chairman of the panel Justice Veronica’Umeh (rtd) had during the last sitting ruled that Mr James Nwafor would be invited to answer allegations levelled him and some of his officers and men.

At the panel venue, many people had come to see James Nwafor, as expectations were high that he would honour the invitation but those at the panel were disappointed that he did not show up.

However, it was gathered that there was an alleged plan by some aggrieved persons whose relatives were either killed or wrongfully arrested to attack the embattled ex-police officer if he shows up at the government house venue for the panel of inquiry.

Counsel to the five petitioners Mr Abdul Mammod told the panel that he has closed his cases before it and could not go further since those accused of extrajudicial killings and brutality has refused to come.

He said that the panel based on the terms of reference given to it cannot enforce the order to bring the accused to the panel.