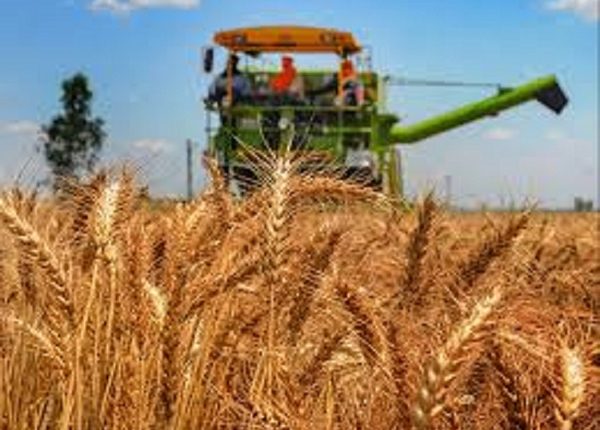 The Wheat Farmers Association of Nigeria (WFAN) has commended the Central Bank of Nigeria (CBN) for its move to restrict forex for wheat importation into the country.

The Association said this move would allow local farmers to increase production through the intervention of the CBN on the Anchor Borrowers Program (ABP).

“The restriction of forex on wheat is an impressive policy and a welcome development.

“Despite the numerous challenges that plague local production, this policy will enable the government to unlock
the unrealised potentials in the wheat subsector.

When asked how they plan to meet up with local demands for wheat, Muhammad said this season, they are engaging 600,000 farmers who will cultivate wheat on one hectare each with an expected yield of 3 metric tons per hectare, which will translate to 1.8 million metric tons.

He, however, harped on the need to involve the private sector in wheat production, which he said could increase total production to over 2.5 million metric tons per season.

Muhammad further said there were also plans to increase the number of a hectare per farmer for wheat production and also involve more farmers. He said the plans will see that each of the farmers would cultivate about 3 hectares and above for each farming season.

Going forward, the Wheat farmers proposed a Wheat Round Table (WRT) where he said the Guarantee Minimum Price for wheat would be set and other challenges of the value chain would be discussed.

“We have the capacity to produce and feed ourselves especially, if a road map towards self-sufficiency is adopted via a special purpose vehicle called “Wheat Round Table” (WRT) where all relevant stakeholders work together, committedly and sincere.

“We can take a clue from nations that were in a similar situation as Nigeria is today and have attained food sufficiency. The private sector should be adequately motivated to help the government achieve its objectives,” Muhammad said.

WFAN said the forex restriction policy will give relevant stakeholders the confidence to invest in the wheat sub-sector as the returns on their investments protected.

“Production and productivity will automatically increase to meet the local demand.

“Farmers will be incentivized to produce more as there will be improved quality seeds, access to the market and better prices for their produce,” WFAN added.

In spite of the huge investment in the water sector by the government and international organisations, water scarcity has grown to become a perennial nightmare for residents of Abeokuta, the Ogun State capital. This report x-rays the lives and experiences of residents in getting clean, potable and affordable water amidst the surge of COVID-19 cases in the state. Forex restriction: WFAN hail CBN, says Nigeria spends $6.1bn annually importing wheat