Food security: I am going back to land, Bauchi gov declares 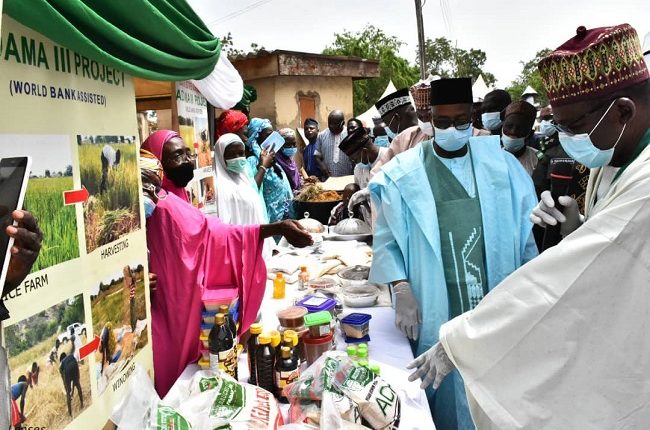 Bauchi State Governor, Sen Bala Mohammed Abdulkadir has declared that he is going back to the land in order to contribute to the food security objectives of government directing all political appointees and other government officials to do the same.

The Governor who made the declaration on Saturday at the official launch of the 2020 wet season farming also directed all members of the State Executive Council (SEC) to follow his example by ensuring that each of them cultivates farmland because according to him that is the only way to fight food scarcity.

Bala Mohammed explained that it does not have to be hectares of farmland but a sizeable farm that will be enough to feed the family particularly in this hard times that has been complicated by the COVID-19 pandemic saying, “one has to look inwards for survival.”

To demonstrate his seriousness about the development, the Governor said that he will soon create time out of his busy schedule to go see how each of farm’s of the political appointees are doing because according to him, “we must exhibit leadership by example, we must do the talk.”

Bala Mohammed assured people of Bauchi State his administration will do everything possible to promote agriculture and boost food production by introducing new modern methods of farming as is done in developed economies.