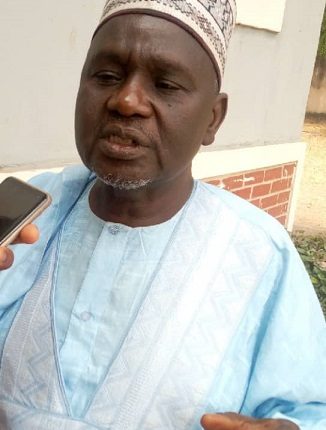 The need for a significant increase in funding for data generation in the agric sector for proper monitoring and evaluation of agricultural activities will be stressed if the country must succeed in using agric sector as one of the major revenue earners of the country.

In the same vein, the Gombe State Ministry of Agriculture and Animal Husbandry has been urged to identify necessary data, map it with relevant MDAs and build stakeholders capacity on understanding the definition of all indicators of the comprehensive Africa Agriculture Development Programme.

This was the resolution reached at the end of a one day State level dialogue on the Nigeria Agriculture sector performance on the second Africa Union biennial review report sponsored by ActionAid Nigeria in conjunction with an NGO, Hope for the Lonely, Gombe State.

According to The Communiqué which was made available to newsmen in Gombe, the meeting also urged
the Federal Ministry of Agriculture and Rural Development to encourage Gombe State Government to include Biennial Review activities in their Agriculture budget for a more effective process for facilitating national framework template for data generation and sharing amongst all stakeholders to address uncoordinated approach in the system.

The communique also contained a call on all stakeholders and organizations to support and collaborate with Gombe State Ministry of Agriculture and Animal Husbandry, Gombe State Ministry of Finance and FMARD in the future Biennial Review process by making all relevant evidence-based data available in a timely manner, useable form and with credible sources.

It further called for the adoption of one statistical system through resuscitation and harmonization of existing data generation instruments such as the National/State Statistical Coordinating Committees, ECOWAS Agricultural Statistics and FAO Country STAT, which can be leveraged into the proposed National Agricultural Data Management Information System.

It also recommended a ‘Needs Assessment and Scoping Exercise’ for agricultural data and analysis system in the country to harvest all available data and use it for the 2021 Biennial Review exercise and other applications to the assessment of any national sector plan.

Another recommendation it made was for Nigeria’s data system to be strengthened by increasing investment in the data system, securing political will, integrating the findings of past Biennial Reviews into project programming and adapting lessons from other countries that are on track, towards improving Nigeria’s performance in future reviews.

Executive Director, Hope for the Lonely, Mansa Musa Adamu had earlier during the opening ceremony for the dialogue appealed for more funding in the agricultural sector due to the need to meet up with the food sufficiency level of Nigeria.

The British Parliament at the Westminster Hall held a debate on ‘e-petition 554150, relating to Nigeria and the sanctions regime’ on Monday. The government of the United Kingdom has however responded… Gombe tasked on increased funding