Agriculture
By Collins Nnabuife|Abuja On Nov 30, 2021 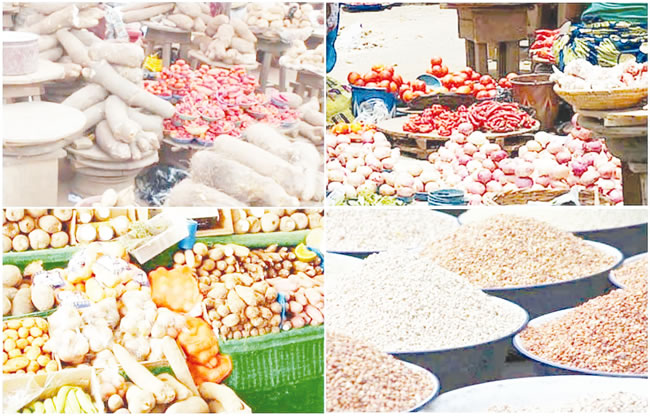 President Muhammadu Buhari has said that the nation’s universities of agriculture should play pivotal roles in catalysing the development of the agricultural sector.

The president also stated that the institutions are cardinal tools for rapid transformation of the sector, as well as, a major driver in industrial development and diversification from heavy dependence on oil.

He also noted that the Federal Government expects the rapid innovations, development of knowledge and skills of the universities to drive the increase in local production of food and raw materials geared towards achieving self-sufficiency in food production for local consumption, export and economic growth of the country.

Speaking during the 10th convocation ceremony of the Michael Okpara University of Agriculture, Umudike, Abia State over the weekend,  President Buhari who was represented by the Minister of Agriculture and Rural Development, Dr. Mohammad Mahmood Abubakar, said that, “developing educated farmers with requisite knowledge and skills will firmly position the sector as a business enterprise and as such, should be the primary task of the agricultural institutions across the country “.

Buhari pointed out that “it is expected that universities of agriculture should also bravely confront the heavy dependence of the nation on imported food and raw materials with the view to reducing it to the barest minimum at the shortest time.”

He said “we can and should be able to feed ourselves on the rich soils and diverse ecologies that the nation is endowed with.

“We should be determined to wisely exploit the natural resources and inheritance of our nation to feed our people and possibly export to other nations.”

He urged the graduating students and the institutions to be focused and determined, stating that where there is a will, there is a always a way”.

The President appealed to the institution to develop technologies that would fast track agricultural production, processing, packaging and distribution adding, “ we shall not relent, rather we shall double our efforts at creating enabling environment for our specialized universities of agriculture to fulfil our collective dream of self reliance in food production “.

President Buhari informed that “ the National Agricultural Land Development Authority (NALDA)  has been re – constituted to promote mechanized agriculture. Federal Government expects that specialized universities of agriculture will collaborate with NALDA to ensure increased local production of food”.

Mr. President congratulated the graduates, their parents, guardians and well wishers and assured of government’s continuous support for tertiary institutions and educational endeavours in general.

In his remarks, the Executive Governor of Abia State, Dr. Okezie Ikpeazu, represented by the Deputy Governor of the State, Ude Chukwu,  stated that, “  Universities of agriculture such as the Michael Okpara University of Agriculture, Umudike, have great roles to play in linking research, innovations and technologies to farmers and agriculture industry”.

He also lauded the diversification policy of the Federal government in the agricultural sector geared towards achieving food and nutrition security and generation of more income for farmers.

In his address, the Chancellor of the University , Alhaji Abubakar Shehu Abubakar 111, the Emir of Gombe, appreciated  “ the cooperation of the host communities of the university and their support in enabling the institution access the land.

He called on relevant government agencies not to relent in their efforts in supporting the tertiary institutions across the nation to enable them churn out qualified students for a better developed society.

During his welcome remarks,  the Vice Chancellor of the University , Prof. Maduebibisi  Ofo Iwe, disclosed that, “we are graduating a total of Six thousand, Six Hundred and Six Students, (6,606) with four thousand one hundred and fifteen (4,115), representing the 2018/2019 academic year at the undergraduate and postgraduate levels, broadly distributed as follows; Bachelor’s degree 5,817, Postgraduate 92, Master’s degree 454 and Doctorate degree 243”.

Prof. Iwe emphasised that “ the university has a bright future and huge potential. We now stand at the crossroads of history where opportunities beckon on us to reach beyond ourselves, to overcome the base and selfish distraction that tie us down and strive for the things that matter, to dig into the inner recess of the gifts and talents God has given us. These will serve and promote the interests of the university, he counseled.

Criminalisation of the freedom of expression

Tek Experts powers tech support in Africa with over 1800 engineers