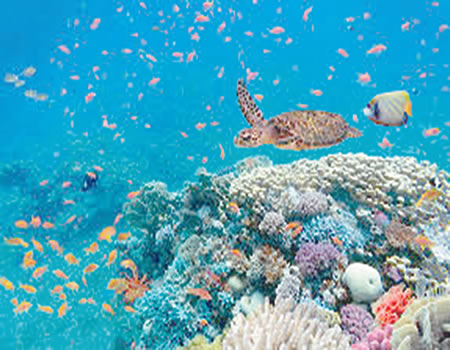 As the world celebrates the World Environmental Day 2020, the Food and Beverage Recycling Alliance (FBRA) has called for increased stakeholders’ collaboration towards restoring biodiversity and preserving the environment. The Alliance, in a statement commemorating this year’s World Environmental Day themed “Celebrate Biodiversity,” reiterated the crucial role of recycling in preserving the environment while urging consumers to imbibe a culture of proper waste disposal.

The World Environment Day is an annual event designed to engage people, communities and governments to raise global awareness and action for the protection of the environment. The event is expected to galvanise global efforts and initiatives that address the growing concerns around the environment such as global warming, food security, climate change and water supply.

FBRA was established in 2018 as the Producer Responsible Organization (PRO) for the food and beverage sector with a focus on enabling the collection, recovery and recycling of the post-consumer packaging waste in compliance with the Extended Producer Responsibility (EPR) guidelines. Since inception, the group has continued to support the waste potentials in Nigeria through various initiatives such as community recycling education, buy-back schemes and engagement of stakeholders in the waste value chain to promote circular economy.

According to the Chairman of the Alliance, Matthieu Seguin, the theme of this year’s celebration “Celebrate Biodiversity” is timely at a period when over one million species including plants and animal are at a risk of extinction essentially due to human activities and environmental threats posed by climate change, pollution, industrialisation, land-use change and deforestation.

“Beyond the modest gains recorded in terms of significant reduction in pollution around the world, the year 2020 remains a critical moment for us, being the curtain raiser for the UN Decade on Ecosystem Restoration. We are using this opportunity to call for the need to scale up consumer education, recycling efforts and stakeholders’ support in promoting sustainable consumption and production to preserve the environment,”

“The FBRA coalition, is predicated on the strong commitment of its member organisations to deliver on goals that will amongst other things, have a significant impact in the promotion of environmental sustainability. We will continue to lead this change as well as the adoption of practices and partnerships to advance this important mandate,” Matthieu said.

Anxiety over more deaths, rising cases of COVID-19 in Nigeria

How Ibarapa communities rose to combat COVID-19 with state government