FOMWAN builds N6m school for the deaf in Kaduna 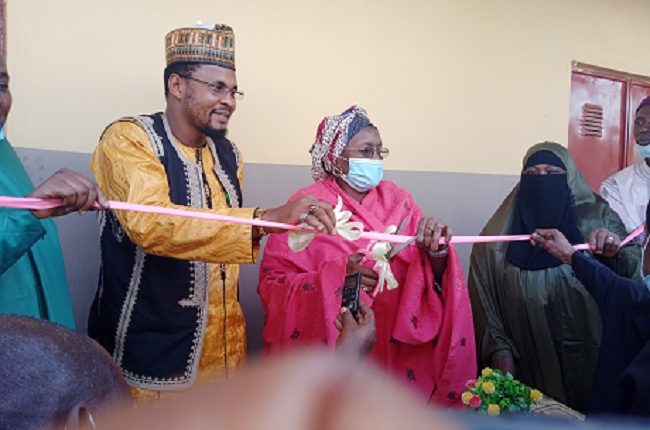 Federation of Muslim Women Association of Nigeria (FOMWAN), Kaduna State Chapter has built an Islamic school worth N6m to train the deaf in Islamic education in the state.

Commissioning the school situated at Tudun Nupawa, Kaduna South local government area of the State, Commissioner for Human Services and Social Development, Hafsat Mohammed Baba, lauded the contributions of FOMWAN to the education of the deaf and dumb in the state.

According to her, education is the passport for the future of the deaf, dumb, and other people living with disabilities.

The commissioner promised a working relationship with the association in ensuring that the noble motives of building the school are sustained. 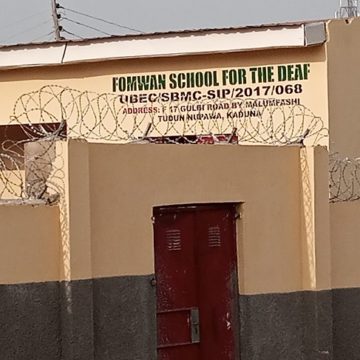 She also expressed her profound appreciation towards the efforts of the staff of the school that was put in place to ensure that the deaf and Dumb get the needed education.

“These beautiful children, who cannot speak, or hear need this kind gesture of our Muslim sisters more than us especially as it is going to impact both the Islamic and western education on the students.

“It is a giant start and I believe that all of us should rally around FOMWAN to support them. It doesn’t mean because your child is deaf, you are to beg and collect money on behalf of the child. No, there is provision for education, for each and every one of us. There is a policy in Kaduna State called social inclusion. So we want to include everyone, we don’t want to leave any person behind,” she noted.

In her remarks, the State Amira of FOMWAN, Pharmacist Aisha Isyaku Tukur, said the N6m used for the construction and furnishing of the school was contributed by philanthropists who believe in the association’s objectives.

Tukur said there are abilities in disabilities, hence, the need to educate the deaf and dumb in other to bring out their potentials.

She urged residents of Tudun Nupawa, Kaduna South Local Government Area, the host community of the school to see the project as their own and take responsibility.

Tukur expressed her gratitude to the Kaduna State government, Kaduna South Local Government, and other donors, for making the school a reality.

In her speech, the Zonal Director, Universal Basic Education Commission(UBEC), represented by Karima Sule Bako said the school under FOMWAN is a clear demonstration of collective ambition to uplift the standard of the school.

The mixed school is made up of four classroom blocks, teachers’ office, stores, and toilets.

Edo philanthropist reaches out to underprivileged, urges others to emulate late Captain Hosa

MAPOLY, NANS bicker over appointment of rector, others