Foldable phones are coming to town and mobile devices are about to bend! 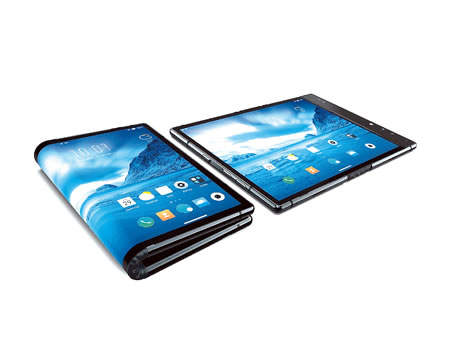 Since late 2018, early 2019, manufacturers like Samsung, Huawei, Xiaomi, LG, Lenovo and Motorola have all revealed plans to sell foldable phones soon. Samsung, which recently released its Galaxy S10 and Galaxy F is set to make the Samsung Fold available for sale at $1980.

The Samsung Galaxy Fold has a 4.6 inch display on the front and 7.3 inch AMOLED display inside. The phone features a high-end processor, 12 GB RAM, 512GB storage space, a triple lens 16MP+12MP+12MP rear camera and a 4380mAh battery split up into two to enable fold. With this phone, you will be able to run three apps consecutively. Galaxy Fold has a total of six cameras, with three (16Mp + 12Mp + 12Mp) on the back, two inside (10Mp + 8Mp) and one (10Mp) on the front in its folded position. The device is supposedly available for sale in the US and Europe.

New Oba installed in Igboho, as Alaafin, others attend