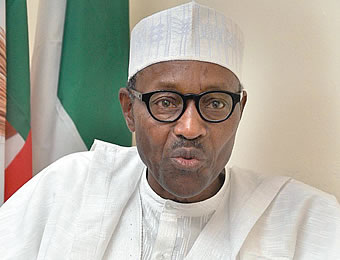 PRESIDENT Muhammadu Buhari has been urged to focus more on reviving the country’s ailing economy ahead of the fight against corruption.

A group, the Urhobo Monitoring and Development Group (UMDG), made the plea on Saturday in Warri, Delta State.

It called on President Buhari-led Federal Government to urgently fix the country’s ailing economy from sliding into a recess.

National President of the group, Prince Kingsley Oberuruaria, who spoke with journalists, said that Nigerians were hungry and that the economy needed a more proactive measure to save it.

Oberuruaria stressed that the anti-graft war was not a bad idea, but should not be at the expense of the economy in which most Nigerians could a hardly afford two-square meals.

The group accused the APC-led Federal Government of not living up to expectation, saying hunger, as a leveller, knows no political or religious affiliations.

“Fighting corruption is good but the revival of the economy needs greater attention in this present time where the average Nigerian can barely afford a meal. The truth is that Nigerians are hungry and you don’t need a soothsayer to know.

“We observed that the government’s diversification is mainly concentrated in the north; nothing so far in the south, especially oil-rich Niger Delta,” the group stated.

Govts use agriculture to steal in Nigeria —Obasanjo

20 die, Nigerians, other migrants rescued as another boat capsizes in Mediterranean