WHO to focus on adolescent health in Africa 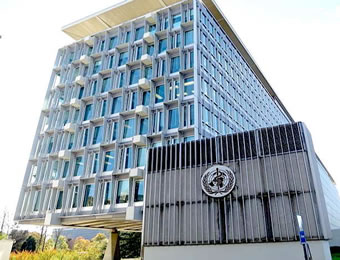 THE World Health Organisation (WHO) said it would focus on pushing adolescent health and creating regional emergency hubs in Africa for the next two years. Dr Matsidisho Moeti, the WHO Regional Director for Africa, said in a statement in Abuja on Monday that this was the next phase of the organisation’s reform programme for the region.

She said the organisation in 2015 started the programme in the wake of the Ebola crisis in West Africa, adding that its achievement in handling the crisis had set the stage for it to focus on other reforms in the region.

Moeti said that it was time for the organisation to implement the next phase of changes to better improve the health of people in the region.

“At the start of my tenure two-and-a-half years ago, I committed myself to instituting reforms at WHO in the African region.

“I am proud of what we have achieved as part of the transformation agenda in that time frame.

“Now it is time to implement the next phase of changes to better improve the health of people in the African region.

“Following the implementation of the transformation agenda, there has been significant progress in the effectiveness, timeliness and efficiency of actions in support of countries in WHO’s Africa region.

“For example, WHO was key to the following achievements: ending Ebola virus disease in West Africa and controlling a large scale urban yellow fever outbreak in Angola and the Democratic Republic of Congo.

“Responding quickly to the polio outbreak in Nigeria and organising sub-regional Ministerial Declaration as a public health emergency in 2016.

“Conducting risk-mapping of epidemics in the region for evidence-based preparedness and training over 180 experts on outbreaks and emergencies management.

“Supporting scale-up access to HIV/AIDS, tuberculosis and malaria interventions in 18 countries by partnering with international organisations from October 2015 to December 2016 via the ‘Implementation Through Partnership’ project.

“Issuing the first Africa Region Nutrition Report, highlighting opportunities and challenges for countries to contribute to achievement of global nutrition targets and monitor their own progress.

She said that as the next major reform push, WHO-AFRO was putting in place 13 mandatory changes many of them linked to specific health targets that each WHO country office must implement in the next two years.

She said that in addition to this, each country office in the region must commit to seven country-specific deliverables, adding that the aim is to mobilise all WHO staff in the region toward common goals to boost results.

She said that at the end of the two years, the organisation hoped to measure its contribution toward improving the health of each and every African through the support of each country’s own efforts.

The statement said Moeti had launched the transformation agenda in 2015 to re-establish WHO’s credibility and health leadership in Africa.

It said the reform programme was a vision and a strategy for change aimed at facilitating the emergence of the WHO that the staff and stakeholders want.

According to the statement, the reforms have so far focused on five interrelated and overlapping priorities, including improving health security and strengthening national health systems.

Other priorities are sustaining focus on the health-related Sustainable Development Goals; addressing the social determinants of health and transforming the African Region into a responsive and results-driven organisation.

Safe Motherhood Day: KDSG all out to ensure safety in the state