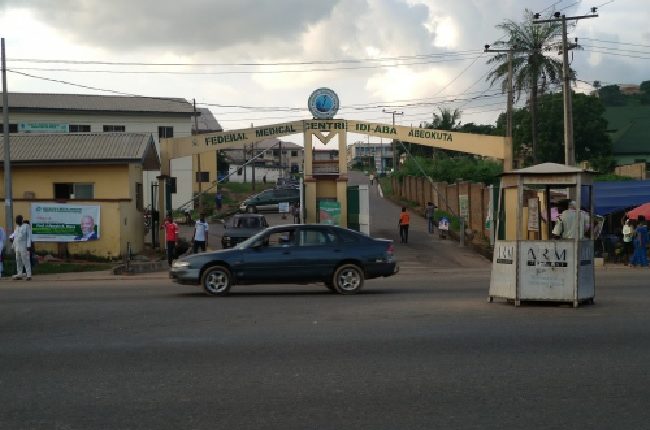 The management of the Federal Medical Centre (FMC), Abeokuta, has denied the allegation of mismanagement of a patient, Josephine Olayemi Odufowora, brought to the facility for medical attention.

The hospital’s Public Relations Officer, Segun Orisajo, in a statement made available to Tribune Online described the allegation by the father of the patient, Mr Jide Olayemi, that medical staff of the hospital neglected her daughter for “over four hours” as false.

The patient’s father said his heavily pregnant daughter was taken to the hospital on the 13th of June, following a referral from the General Hospital, Ota.

He said: “We arrived at FMC Abeokuta on the 13th of June at 9.30 pm. We met some doctors and nurses at the entrance of the ICU Emergency Ward. The look on the faces was as good as those in a comedy hall after seeing my daughter very uncomfortable with her pregnancy.

“For over 4 hours, my daughter was not attended to in ICU emergency ward, no bed space, until a formal agreement of N18, 500 weekly payment for bed space before she was formally attended to. They kept ordering a series of tests, scans and drugs amounting to hundreds of thousands of naira.”

The PRO said that the patient’s father distorted facts and was indeed economical with the truth, saying that the patient discharged herself from the Centre against medical advice.

“Josephine was at no point in time neglected nor left unattended to the right from the time she was brought into our Centre till the time she subsequently discharged herself from our Centre.

“She was given the best of medical care and services available at our disposal. All the investigations she was asked to do were essential and crucial to her proper and holistic management.

“The patient was referred from state hospital Ota on account of Thyroid disease in pregnancy at an estimated gestational age of 25weeks complicated with severe lower abdominal pain.

“The team on-call saw her on the 13th of June, 2020 at 10:10 pm. The diagnosis of Graves’s disease in pregnancy (multiple gestations) was confirmed.

“By the mid-night (14-06-2020) the medical team on call reviewed her. They agreed with the diagnosis and requested for more investigations, ECG, Echocardiography, thyroid scan and commenced her on Anti-thyroid medications.

“Patient’s symptoms abated except for occasional abdominal pain (mild) and this was managed with analgesics.

“She agreed to the management plan as explained. Thereafter, the Prognosis was made known and essentially, the need to complete her outstanding investigations.

“By the 16th of June, 2020; patient discharged herself against medical advice in spite of all persuasions,” the PRO added.