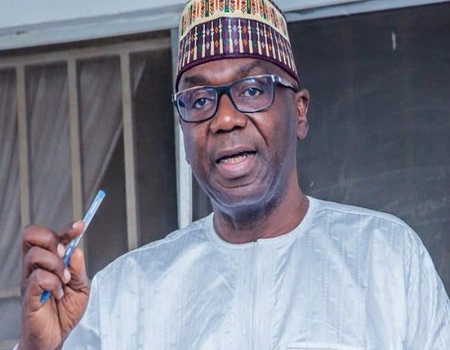 Residents of flood-ravaged communities in the Edu Local Government Area of Kwara State have appealed to governments and their agencies concerned to permanently relocate them to a higher plane to mitigate annual losses occasioned by flooding.

Speaking with journalists in Lafiagi during a visit of the state government delegation to the area, on Tuesday, Emir of Lafiagi, Alhaji Saadu Kawu Haliru (OFR), said that flood had sacked many victims from their houses while their farm produce was also destroyed.

The state government delegation, led by the deputy governor, Mr Kayode Alabi, commiserated with the royal father and victims of flooding caused by heavy downpour in some communities in the town.

Emir Haliru, who appealed to governments to relocate his people away from flood-prone areas, said that the appeal is important considering earlier prediction of imminent flooding in some states by NIMET, including Kwara.

“This has been a yearly occurrence in my communities and I want to appeal to government at all levels, federal, state and local governments to please come to our assistance by relocating the people in flood-prone areas to high hill places permanently”, he said.

One of the victims at Chewuru village in Lafiagi, who is also head of the community, Saliu Umoru, said that, unlike before, the people are ready to relocate to high plane areas, where he said they could have peace of mind and farm.

“We are appealing to the government and all our representatives within the government to come to our rescue by providing another abode for us”, he said.

I did not accuse Senators, Reps of being contractors to NDDC ― Akpabio