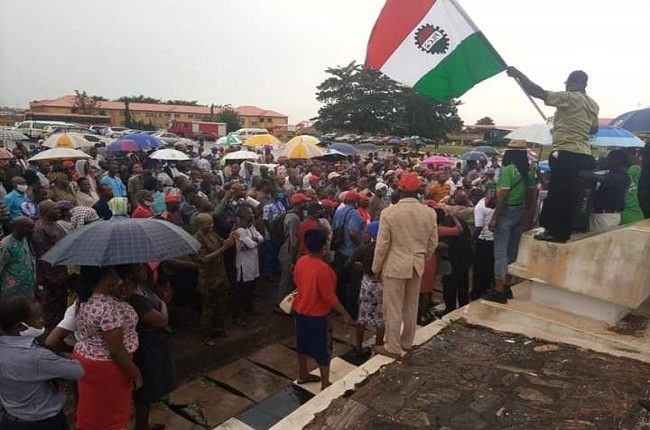 The Director-General, National Emergency Management Agency (NEMA) AVM Muhammadu Muhammed (rtd), has said that the flood that ravaged Kebbi, Jigawa, Bauchi and some other parts of the country could not be quantified, as a result of the devastating effect of the natural disaster on farmlands.

Muhammed stated this on Wednesday, during advocacy visit by the Agency to Ogun State, on the 2020 Seasonal Rainfall Prediction and Annual Flood Outlook, that farmlands were submerged by the flood and described the development as a great loss to the nation.

The DG represented by Air Commodore Kolawole Adedokun noted that preparedness for disaster management should be foremost to all to avoid loss of human lives and property.

He said, ” I was in Kebbi about two weeks back; farms were submerged, that means the junk of rice expected to boost national food security is gone.

“It is a loss to the nation. It is a loss to Kebbi state government while the same thing happened in Jigawa state and across Nigeria; states are losing people, houses and farms.

“You can’t really quantify, it is a great loss to the country.”

The NEMA boss commended the Ogun State Government for the proactive measures taken so far to mitigate the effect of flooding in the state.

He urged the state government to direct the State Emergency Management Agency (SEMA) and other relevant stakeholders to put in place preparedness actions such as carrying out public enlightenment campaigns in vulnerable communities in preparation for evacuation to safe grounds.

The State Commissioner for Environment, Hon. Abiodun Abudu-Balogun identified human activities as one of the challenges responsible for the flooding.

He stated that the state government had directed people residing in flood-prone areas to relocate temporarily for the time been.

Abudu-Balogun appealed to the Federal Government through NEMA to come to the aid of the state on disaster management.

Students invent robot to reduce spread of COVID-19 in hospitals