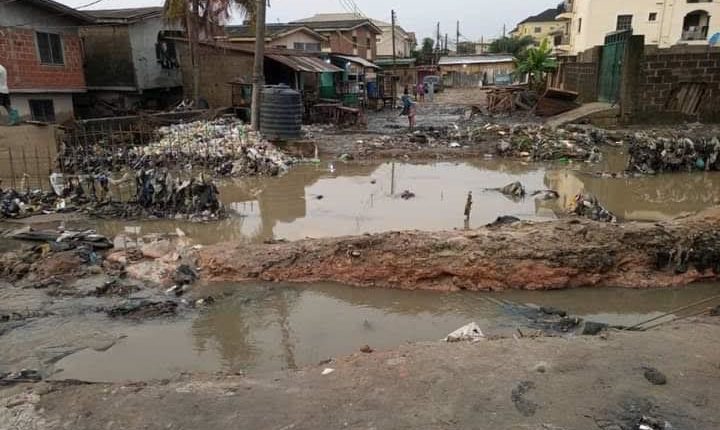 Two children have been swept away in a flooded canal at Oyebanjo street in Ketu area of Lagos State.

Tribune Online gathered that the incident happened on Saturday evening.

The Lagos State Emergency Management Agency (LASEMA) in a situation report on Sunday said a search operation was ongoing to find the missing children.

LASEMA’s Director-General and Chief Executive Officer, Dr Olufemi Oke-Osanyintolu, noted that it was discovered that the children were missing around 8:00 pm on Saturday.

“The agency received distress calls concerning the above. On arrival at the scene of the incident, it was discovered that, around 8:00 pm, two children had been caught up by floodwater.

“A joint team of responders comprising agency responders, LASG Fire Service and LASAMBUS was at the scene.

“The agency’s tiger team commenced a search and rescue operation along the path of the floodwater.

“Initial observations revealed a sloping topography with a direct channel of drain water into the canal. This has proven to be rather challenging to navigate. Rescue operation remains ongoing,” he said.

Constitution review: We won’t succumb to pressure from any quarter ― Deputy Senate President