• Urge President Buhari to declare a state of disaster emergency 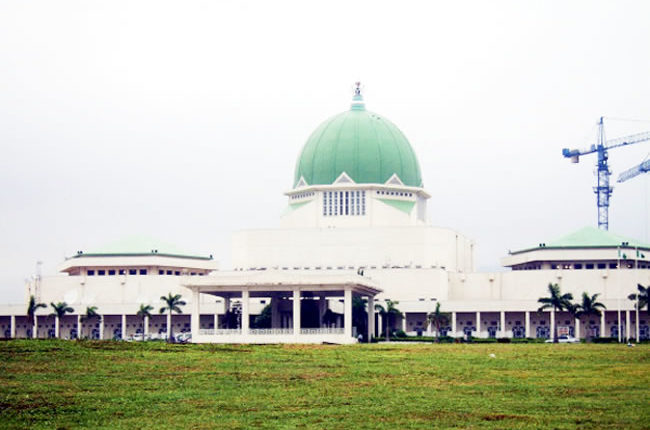 Members of the Bayelsa Caucus in the National Assembly on Monday urged President Muhammadu Buhari to declare state of emergency on flood sequel to the devastation caused by the perennial floods that sacked thousands of Bayelsans from their ancestral homes and communities.

The lawmakers who gave the charge during a press briefing held at the National Assembly complex, Abuja, confirmed that Bayelsa State “has been completely severed from the rest of the country as a result of the complete erosion across several sections of the East-West Road.”

The Caucus Spokesman, Hon Frederick Agbedi expressed grave concerns over the “unaware of the numerous challenges this has thrown up and the need for timely intervention by all.

“Guided by the untold suffering this has spelt on our people, we hereby empathize with all victims across the State, assuring that as representatives of the people, we are in unison, working assiduously in partnership with relevant ministries, departments and agencies to bring succour to the affected populace.

“Against this backdrop, therefore, the Bayelsa Caucus expresses solidarity with Governor Douye Diri and the Government of Bayelsa State, collectively expressing deep appreciation for the timely intervention.

“We are also grateful to the President and Commander-In-Chief of the Armed Forces, Muhammadu Buhari, for expressing concern at the devastation caused by the floods, particularly in Bayelsa State, condoling with families that have lost lives, and for directing agencies to offer all assistance to the people.

“Considering that Bayelsa State is not just the worse affected, but one that has been completely severed from the rest of the country as a result of the complete erosion across several sections of the East-West Road.

“It is our additional call, therefore, on Mr President to declare a state of disaster emergency in Bayelsa State.

“Similarly, we call on ministries, departments and agencies such as the National Emergency Management Agency; National Commission for Refugees, Migrants, and Internally Displaced Persons; and the Federal Ministry of Humanitarian Affairs, Disaster Management, and Social Development for their considered immediate intervention with medicines, foodstuffs and other relief materials.

“Consequent upon the above, we urge Bayelsans to be more united and cooperate with all intervention measures taken by the State Government and Federal Ministries and Agencies, while expressing greater trust in God, as we believe that, just like in the days of Noah, even this shall come to pass,” the lawmakers urged.

While responding to questions on the efforts made so far to cushion the effects of the ravaging flood, Hon Agbedi affirmed that “this natural disaster is not only embarrassing”, adding that Bayelsa is severed from the rest of this nation, that is the most significant factor why we need to declare Bayelsa a disaster emergency.

“No other state is completely cut-off from the rest of Nigeria, except Bayelsa and that is the reality on the ground.

“As to the question of whether the state pays deaf ears to the alert that came from NIMET and other federal agencies, I think it’s wrong to allude to such a claim.

“The fact remains as a nation we have always been ill-prepared for this kind of situation.

“As a State Government, yes we are aware that the state government took certain steps including opening drains and opening canals to ensure that there’s a free flow of water, assuming this happens. But I want to quicken to say that nobody can exactly take control of a natural disaster.

“The fact remains, when a natural disaster comes, what are the remedies and that is what we have called on the Federal Government to do.”

While responding to the question, the Governor of Bayelsa State said Federal Government has not done anything, he said: “the fact remains that, maybe after our Governor’s comment there was a release from the Presidency as to ordering that all necessary agencies that can bring succour in this situation should quickly mobilise and ensure that they attend to the sufferings of Bayelsans.

“And as federal legislators, once Mr President has made such a statement, it is our duty to re-echo it and emphasise and further give an additional call to the agencies to react as soon as possible so that they can reduce the sufferings of our people.

“This is not a time to apportion blame but to attend to the needs and demands and the sufferings of the people.”