Flip side of Sowore’s revolution 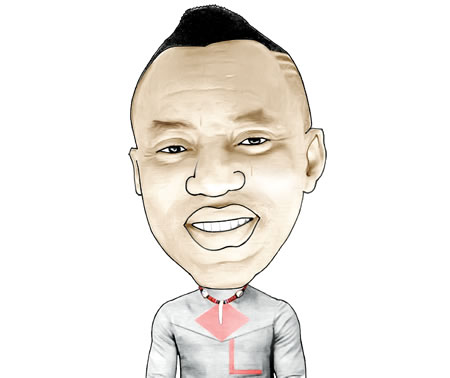 Before his adventure in online news publication, the notable antecedent associated with Omoyele Sowore was that of a young undergraduate that had issues with constituted authorities. The climax of Sowore’s adventure into public consciousness was when he was listed as AAC political party’s presidential candidate during the last general election. With his sojourning into the nation’s political space, it was crystal clear that he had plunged himself into a big ocean that may be difficult for him to navigate.

Not quite long after the general election, he went abroad for a scheduled meeting with Nnamdi Kanu, a leader of IPOB. He came back to Nigeria and thereafter declared revolution on Nigeria nation.

Nigerians shouldn’t misconstrue my submission in whatever way. I sincerely appreciate that things are very tough. Economy is not moving. Unemployment rate is very high. Nigerians are going through challenging times, but the option open to us is not revolution in the mold being engineered and professed by Sowore and his group. Till date, North Africans and many countries in the Middle East have not recovered from Arab Spring ignited by an unemployed Tunisian, who set himself ablaze. For whatever reasons, Nigerians in all walks of life must avoid this form of revolution, for the consequence would be grievous and dire. It may actually lead to the end of the corporate entity called Nigerian.

But, on the flip side, President Buhari could seize the momentum to ignite a significant turnaround in the nation’s economy, orchestrate infrastructural renewal and dramatically change the fortunes of electricity supply; one key sector that has caused retardation in all sectors in our nation.

Government should release funds into the economy through the fiscal instrumentality of payment to contractors across the federation. The government must also explore creative and ingenious mechanisms of social interventions to make money available in the economy. It’s also ideal for the government to lessen the stringent measures associated with accessing consulting and other businesses at MDAs.

I would advise and encourage the president to institute and implement policies that will cause a return to Nigeria by the many textile companies and other manufacturing industries that have abandoned our nation for neighbouring countries in the West African sub-region on account of unbearable high cost of production. It’s also incumbent to collaborate with state governments to, as a matter of urgency, establish ICT Centres in specific locations across the six geopolitical zones, not only to provide employment for the teeming youths, but also to provide platform and avenues for burden talents in this field to flourish, blossom and ventilate their adventurism in ICT business.

Finally, the insecurity situation in the country has reached an alarming stage. There is no gainsaying the fact that President Buhari needs to restructure the nation’s security apparatus. The security chieftains have tried their best for the nation: It’s time they vacate to give room for new and contemporary ideas.

There is doubt that our nation is prodigiously endowed. The option for all Nigerians is to collaborate with the government to take Nigeria from the woods. The option for us is not revolution.