Flamboyant lifestyle, cause of insecurity in Nigeria, cleric says 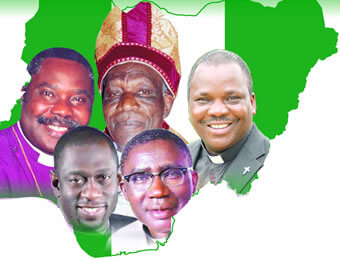 A clergy and security expert, Rev. Nze Emmanuel has blamed the increasing cases of insecurity in the country on the flamboyant and excessive lifestyles among the populace.

He particularly cited certain Pentecostal clergymen who displayed affluence before their impoverished congregations, thereby exposing themselves to security risks.

Nze spoke yesterday, in Onitsha, while delivering a paper on “Terrorism, Banditry and Insecurity Challenges in Nigeria, The Way Out”, during a one-day Citizens Summit by the National Association of Sea Dogs, Onitsha chapter.

He said such lifestyles had forced many, especially the youths into all forms of crimes and criminality.

He said, “Before now, Pastors were known for their simplicity and humble disposition. But the case is no longer the same especially with the advent of Pentecostalism in Nigeria.

“When a pastor always tells his congregation how much dollars his shoes and wristwatch cost, what do you expect from them?

“Ordinary seeing wealthy people spraying money recklessly at functions is enough temptation for youths In this country to not only go after them but to take up arms.”

Nze, the Commander, Safety Chapel also cautioned those who were in the habit of allowing artisans access to work in their homes in their absence to desist from such, saying they were only empowering them for a future robbery.

“Most of the robbery cases in homes and offices are traceable to informants who had earlier visited such facilities at one time or the other,” he argued.

He further identified distrust among the citizens occasioned by the government’s seeming bias in favour of the Fulanis and its failure to abide by the ‘government continuum’ philosophy as other causes of insecurity.

“Successive governments have exhibited a penchant to do away with projects of their predecessors while in office.”

The cleric underscored the place of crime prevention partnership as one sure way to guaranteeing a secured society.

“The new approach of community and multi-sectoral participation in crime prevention and control is borne out of the necessity of ensuring a safe and better society.