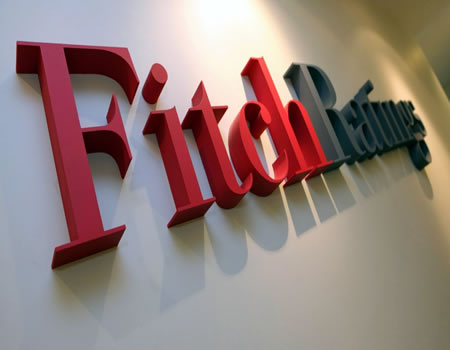 Fitch Ratings has said that the Nigerian banking sector has performed better than expected since the start of the coronavirus crisis, but their asset quality is expected to weaken over the next 12 months-18 months.

In a new report published on Thursday, titled: “What Investors Want to Know: Nigerian Banks,” Fitch says debt relief measures have prevented a material rise in impaired loans in 2020 but forecasts the average impaired loan ratio to range between 10per cent -12per cent by year-end (YE)21 as these measures end.

The agency added that earnings are expected to recover gradually with the economy but remain exposed to further economic shocks from oil price volatility.

“Bank asset quality has historically fallen with oil prices; the oil sector represented 28 per cent of loans at end-1H20. Upstream and midstream segments (nearly 7% of gross loans) have been particularly affected by low oil prices and production cuts.

“However, the sector has performed better than expected since the start of the crisis, limiting the rise in credit losses this year due to a combination of debt relief afforded to customers, a stabilisation in oil prices, the hedging of financial exposures and the widespread restructuring of loans to the sector following the 2015 crisis,” the report read in part.

In addition to solid revaluation gains and trading gains, the containment of credit losses will support profitability it noted.

With the expiry of relief measures and persistently weak oil prices, “we believe the average credit loss ratio to lean somewhat toward the levels seen in 2016,” the agency stated.