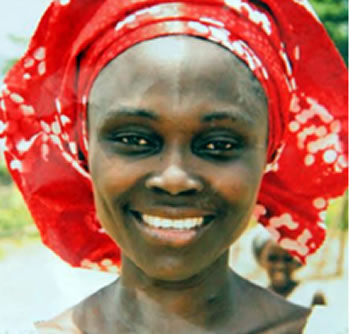 The House of Representatives, on Tuesday, directed  the acting Inspector-General of Police (IGP), Ibrahim Idris, to immediately swing into action and fish out killers of Mrs Eunice Olawale.

It also urged the FCT administration  to demolish all shanties across the territory, where miscreants werere said to be hiding and from where they attacked innocent citizens.

This followed the adoption of a motion brought under matters of urgent national importance by Honourable Babatunde Gabriel Kolawole, at the resumption of plenary on Tuesday.

The House, presided over by the Speaker, Honourable Yakubu Dogara, after observing a minute silence in honour of the late mother and wife of Pastor Elisha Olawale, from Ikare-Akoko in Ondo State, as well as resolved to raise a delegation to commiserate with the deceased’s family.

Kolawole had, while moving the motion on the floor of the chamber, lamented  that the incident had caused ethnic tension in the FCT, because there had been claims she was killed by extremists, while others said  they were miscreants.

He stressed the need for the House to be proactive to prevent the breakdown of law and order, averting further loss of lives.

Meanwhile, the General Overseer of the Redeemed Christian Church of God (RCCG), Pastor E. A. Adeboye, Tuesday morning, visited the family of the late Assistant Pastor of the Divine Touch Parish of the church in Abuja, who was murdered while evangelising last Saturday morning.

Pastor Adeboye, at about 6.00 a.m. on Tuesday, visited the husband of the deceased, Pastor Elisha Olawale and the family, to console them.

Earlier, Adeboye, in a statement issued on Tuesday by The RCCG Public Relations Department of the Redemption Camp, said that the church was appalled and in grief over the sad incident.

He said “we are indeed in a mournful in RCCG, as sweet as heaven is, death of our youths is not what we wish for.”

He prayed that there would be no more death in that region, for progress in the family and salvation of souls for the perpetrators.

It was also learnt that the burial of the murdered female preacher may be delayed, as the family said the government and the Nigeria Police advised that autopsy be carried out before her burial.

Nigerian Tribune gathered that the late Eunice Olawale was initially scheduled to be buried on Thursday, July 14, but the Nigeria Police and the Federal Government advised the family to hold on until an autopsy was conducted on the deceased.

A reliable source from the family of the deceased disclosed this to the Nigerian Tribune when it visited the family in Kubwa on Tuesday.

It will be recalled that there had been a lot of controversies surrounding the death of Mrs Olawale, this could be the reason the government and the police requested that her body should be subjected to an autopsy, to ascertain the cause of her death.

In a related development, an Islamic cleric, who reportedly ordered some young men to chase away late Abuja female preacher, Deaconess Olawale, has been arrested.

An unconfirmed report said the self-professed, peace-loving Imam, reportedly ordered some boys to scare the preacher away from the frontage of a mosque in Kubwa, early Saturday morning, but the boys did otherwise and stabbed Mrs Olawale to death.

The Islamic cleric (name withheld),  denied ordering some boys to kill the preacher.

He admitted that he was the one who sent them to chase her away.

The spokesman for Abuja police command, Anjuguri Manzah, said an investigation had started to ascertain how the RCCG pastor’s wife was murdered.

He promised to make the outcome of the investigation public soon.

In the same vein, four of the six suspects, who were arrested in connection with the murder of Deaconess Olawale, FCT Commissioner of Police, Baba Alkali Usman, said have been released.

He told the Nigerian Tribune that after screening and interrogating the suspects, investigators disclosed that they had nothing to do with the murder.

The Police Commissioner, who was cornered by the Nigerian Tribune, apparently on his way to brief the acting Inspector-General of Police (IGP) Ibrahim Idris, on the extent of investigation, asked why should the police continue detaining them, when there is no evidence linking them to the murder?

Usman, however, disclosed that two of the suspects were still in police custody, because they were found hanging around the vicinity when the act was carried out.

According to him, the police was still working hard to see if the two could be linked to the murder, but “we are not relenting, as we have further spread our dragnets.”

He noted that the police must get the culprits to answer the deeds of their dastardly act.

The Police Commissioner disclosed that detectives were still on top of the situation, “but you know we don’t carry out our investigations on the pages of newspapers.”

The Christian Brotherhood  Association of Nigeria, on Tuesday, strongly condemned the gruesome murder of  Mrs Olawale, during routine morning evangelism in Kubwa, a suburb in the Federal Capital Territory, Abuja, on Saturday.

It described the murder as outrageous, barbaric, abominable and sadism of the worst order.

In a statement by its president, Sunday Ayodele, the group said it was appalled that Mrs Olawale, who was also a pastor at RCCG in the area, could be slaughtered while preaching the gospel of Jesus Christ.

“We recall the recent dastardly killing of a pastor’s wife in Kano in the presence of her husband, over a religious issue and demand an end to killing of innocent Christians in some parts of the North and Abuja. This man’s inhumanity against man must stop immediately,” it said.

It also urged the Federal Government to ensure the security of the citizenry in tandem with section 14 (2)b of the 1999 Constitution of the Federal Republic of Nigeria as amended, which states that security and welfare of the people shall be the primary  purpose of government.

“Abuja is the symbol of national unity, which must reflect in every aspect of our national life, including religion.”

The Pentecostal Fellowship of Nigeria (PFN) has condemned in strong terms the gruesome murder.

The PFN, in a statement endorsed by its national president, Reverend (Dr) Felix Omobude, said the murder was a wicked and barbaric act, calling on the law enforcement agents to immediately unravel the perpetrators of the dastardly act and bring them to book.

He noted that the killing of Mrs Olawale and other incidences by intolerant Nigerians had continued to pose threat the nation’s, calling on Christians to remain calm and continue to have faith in the Nigeria project.

Omobude sympathised with the family of the murdered female preacher and the leadership of the RCCG.

House in rowdy session over immunity for NASS leadership

Why some states were omitted from ambassadorial list —SGF