First time I made a million naira —Abayomi Alvin 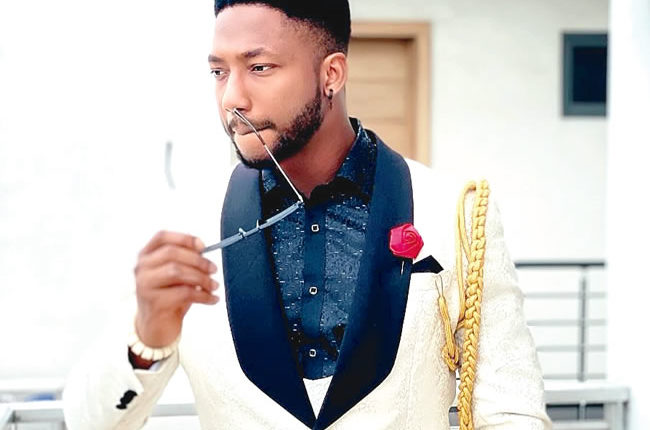 Abayomi Alvin, actor, model, screenwriter and an entrepreneur rose to prominence after featuring in movies such as Jenifa’s diary and Isoken. Ever since, he has not rested on his oars. The graduate of Sociology and Anthropology from Obafemi Awolowo University (OAU) in this interview by ENIOLA OYEMOLADE talks about his journey as an actor, the challenges the Nollywood industry face, among other issues.

Tell us how your journey into acting began.

My journey into acting started as a kid; a kid who loved acting, the usual school play. As a professional actor, my journey started in 2010/2011 when I had a crash course crash course in acting. There was a professor then that came to Ibadan to organise a three-month crash course to let us into the basics of acting. That kind of made me really want to go into entertainment but I was thinking I wanted to do music too, then modeling because I won a pageant then, but again I knew my main interest was acting. In 2013, I started going for auditions and late 2013/2014, I got my first role in Jenifa’s diary and in Calabash by Obi Emelonye and it started going from there.

At what point did you realise you were becoming famous?

My getting popular started in my 100 level because like I said earlier, I won a pageant then and I was a popular model when I was in school. I had won the department and faculty pageantry, I won a state’s pageantry too and from there I won the national version too. So from my 100 level days, I was popular locally in Obafemi Awolowo University (OAU) and when acting came, people started recognising me as an actor too, not just as a model who is always on billboards. So, I would say I started getting popular right from my university days.

Childhood and growing up was quite interesting in Akure, Ondo State. If you had told people then that I was going to grow up to be in people’s faces for entertainment, they would have said it’s a lie because I was a reserved kid. Although, I had always known I had a thing for telling stories because many times when I watch a movie, I’m always the one narrating to my friends and even sometimes when I’m alone in my house, I’m always acting alone.

Has acting been your lifelong dream?

I won’t say that because even when I used to act as a kid, it was just a hobby. I used to think I was going to become a doctor, then I thought of being an engineer, then a pilot, then I thought I did not know what I wanted to be and since I didn’t know, I felt I should just stick with being a doctor, but later, I found acting.

How were you able to balance acting and education while you were in school?

Scheduling. My schedule is if I was not in class, I was in Lagos filming or auditioning and if I was not in Lagos, I was in class. This made me miss out on parties, concerts and other social activities in school. But I was able to balance school and acting by trying to cut down on a lot of things that did not have to do with work.

Were your parents against you being an actor?

No, they were not. They supported me throughout.

How would you rate the Nollywood industry now and what changes would you like to see there?

What I will just say is Nollywood is growing; Nollywood of 2020 is not the one of year 2000 or 2015. It is growing every year. We have so many awesome films now that compete with other international films, so Nollywood is definitely growing and moving even though we are not there yet and we still have a long way to go.

What I will like to see is standard. We are starting to have awesome pictures now that you will even wonder if some of the movies were shot in Nigeria because of the clarity of pictures, but we still don’t have the standard. We are growing like I said but if you are in the industry, you will know we still don’t have it; too many things are wrong so I can’t even pinpoint.

For instance, we have the government there and no help from them. The movie industry in other developed countries get good help from the government and they have good policies on ground. Even our bodies and guilds like the actor’s guild, the producer’s guild, the director’s guild, are not functioning to the best of their abilities. If we have all these guilds up and running, they will set standard, but right now to the best of knowledge, it is every man for himself.

Asides being an actor, you are also a model and a screenwriter, how do you balance all these together?

Yes I am still a model, I do commercials, catalogues, editorials. I am also a screenwriter; one of the movies I wrote, 30 pieces of silver produced by Charles Granville will be out in the cinemas soon. It stars Nse Ikpe-Etim, Deyemi Okanlawon, Charles Granville himself and others. I balance all by scheduling. It is difficult but it is something I’ve been used to since I was in school. Instead of using all of my free time on frivolities, I use most of them for work.

Your most memorable moment?

I have had a lot of memorable moments in the acting industry but the first time I was paid in six figures; I made million naira in paid figures. When I was negotiating that job and I told I was going to be paid in six figures, I just shouted like a bush person. As at then I was expecting it; I was sure the line producers were amazed at my shouting. I had been hustling, you know, getting paid in thousands until I attained maturity, which is the acting job in Nollywood. And of course, the first time I saw myself on the screen; I can never forget because it was so surreal. I felt really good.

How do you handle your female fans?

I tie them to a rope and start dragging them; well that is on a lighter note. My female fans and admirers I handle with respect. No offenses to the male fans but females are expected to be treated like eggs and with respect. Whatever you do, just try to get the support of the females.

Who are the actors you look up to in the industry?

Well, a lot of people; Funke Akindele is there doing a whole lot, producing, acting and directing. I am not saying this because I have worked with her personally – I used to act in Jenifa’s Diary – like a year, and I see the hard work she puts in her work. This woman is on like three to four jobs at the same time…and she still has a home to manage. Also, Ramsey Noah; he is too talented, such a hardworking and meticulous person. From his jobs, you can see that. This is an actor that started directing recently and you could see the outcome in Living in Bondage; that is not a lazy man’s job. He is really good, then RMD, a whole lot of people.

Few things people do not know about you?

Well, people do not know I am single. They just jump into conclusion. People don’t know that my account balance is low. Look at me, if you want to bless me, bless me. Nobody says no to legit money.

What are you working on at the moment?

Currently a lot of projects, cinema projects, I am going to be working with Jadesola Osiberu soon – we are cooking up something interesting.  There are a whole lot that I can’t even recount titles now. I am also working on personal projects with my team. One of the projects I wrote a screenplay for will be out pretty soon. ‘30 Pieces of Silver’ will be out soon among advertorial and commercial projects.

So you can always get firsthand information on my page, and my T-shirt line is there as well; which I started as partnership with my friend.

On my Instagram page @abayomialvin, I have the projects there, my business, cinema projects and a host of others.