TechInnovations
By Tribune Online On Dec 7, 2017 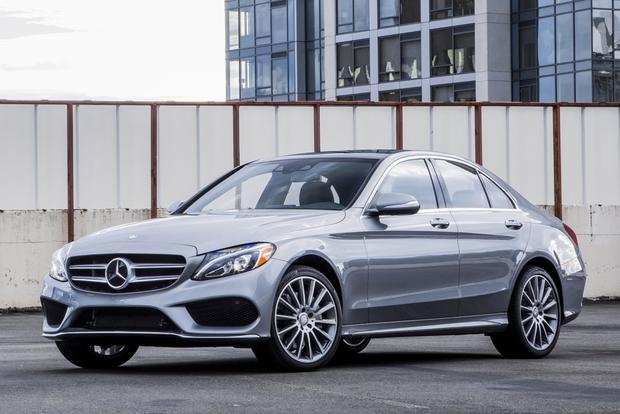 FOR the 2018 model year, the Mercedes-Benz S-Class Coupe isn’t all new, but it’s received more than just a mere facelift. Between the new MultiBeam LED Intelligent headlamps and revised front bumper up front and new OLED taillamps and rear bumper out back are a host of upgrades to the Coupe’s technology and amenities.

Overall, like the S sedan, the S-Class Coupe is better than it’s ever been, Cnet said.

S 560 Coupe
The S 560 is the version of the Coupe of which most drivers will find themselves behind the wheel. But don’t mistake it for some volume model; it’s still a pretty exclusive (and expensive) machine.

Under the hood is Mercedes-Benz’s 4.0-liter biturbo V8 engine making 463 horsepower and 516 pound-feet of torque. That powerplant is mated to a nine-speed automatic transmission sending power to either the rear wheels or through the automaker’s 4Matic all-wheel-drive system.

Power delivery has a smooth, meaty feel making its 4.5 seconds feel sort of effortless. Ride quality is likewise tuned for comfort. Essentially, the Coupe feels a lot like the 2018 S-Class Sedan.

Tech upgrades are also largely parallel and identical to what we’ve seen in the sedan and I’ve already gone into great detail on that in the first take. For those too lazy to click through the previous link, the TL;DR is a new generation Comand infotainment system with dual 12.3-inch displays mated to a single ultra-wide glass panel, standard Apple CarPlay and Android Auto connectivity and a new Touch Control control scheme on steering wheel that allows complete control of Comand without removing hands from the wheel.

Meanwhile, the Mercedes-Benz driver assistance systems have been kicked into overdrive for this generation. The Distronic adaptive cruise control system, for example, gains the ability to adjust speed based on changing speed limits or bend coming up in the route. The steering assist system can now keep you in your lane even if the road lines are unclear or non-existent and has been upgraded to follow curves with tighter radii than before.

At the touch of a button, the S-Class is able to drop or raise its insulated fabric roof in just 20 seconds. That’s a bit longer than a Mazda MX-5 RF takes, but the Merc has an advantage: It’s able to pull off its motorized gymnastics at speeds up to about 31 mph, so you don’t have to stop moving to raise the roof for rain.
With the top down, the Cabriolet is able to extend a front wind deflector (a sort of spoiler that deploys at the top of the windshield) and a rear wind guard at the back of the passenger compartment. I think they sort of ruin the look of the slick S-Class profile, but these bits do help in reducing buffeting at speed.

The Cabriolet also featured Mercedes-Benz’s AirScarf system, which blows warm air over the neck and shoulders of front seat passengers, heated seats and climate control programs that adjust for open-air driving, all of which help to make this a three-season convertible.

However, the Mercedes-AMG S 65’s crown jewel is the hand-built V12 engine purring behind its new AMG Panamericana grille. The 6.0-liter biturbo V12 makes 621 horsepower and 738 pound-feet of torque, which it sends through an AMG Speedshift Plus 7G-Tronic automatic transmission. Top speed is stated at 186 mph and a 0-60 sprint happens in 4.0 seconds.

The V12 breathes through an AMG Sport Exhaust and and the chassis rides on an AMG Sport Suspension. The latter features the automaker’s Magic Body Control adaptive damping and a curve-tilting function that allows the car to lean into turns, keeping the body flat through corners and creating a relaxed feeling even on twisty roads.
738 pound-feet makes for extremely relaxed acceleration and cruising. With so much torque, the Cabriolet doesn’t really need to downshift for most passes, but when it does the seven-speed transmission delivers almost imperceptible gear changes. On the highway at 70 mph, the engine is virtually idling and, with the wind deflection gadgets doing their thing, it’s easy to hold a conversation without shouting.

Popping into the Sport or Sport Plus drive modes wakes the engine up a bit and I was able to experience a bit of the V12’s roar. However, the S 65 never felt settled on the tightly twisting hills above Malibu. The extra weight is noticeable and the gearing, while perfect for flowing gentle curves just seemed not quite right. I kept running into passages where the transmission would downshift mid-turn causing the weight to shift awkwardly.

The S 65 ends up feeling more Mercedes-Maybach than Mercedes-AMG, which is fine once I managed my performance expectations and got back to appreciating the luxuriousness of the V12 around town and on the highway.

AMG S 63 Coupe
My first thought when pulling away in the Mercedes-AMG S 63 was “Is it just me or is the V8 better than the V12 in almost every way?”
Powered by a handmade AMG 4.0-liter biturbo V8, the S 63 just felt more immediate and alive than the S 65. Power is stated at 603 horsepower and 664 pound-feet of torque, which is less than the V12, but you wouldn’t know it by listening to the snarl and pop coming from the AMG Performance Exhaust.

The V8 puts its torque through an AMG Performance version of the 4Matic+ all-wheel-drive system after being multiplied by the Speedshift multi-clutch 9-speed transmission. Top speed is still stated at 186 mph, but the livelier V8 makes the 0-60 sprint in just 3.4 seconds. Yes, it’s faster than the more powerful V12.

Everything about the S 63 feels performance oriented. It’s lighter, louder and meaner. On the same twisty roads, the 63 feels more balanced and alive than the 65. The transmission’s ratios feel better suited for dynamic driving, which means fewer awkward mid-turn shifts and better gear selection when powering out of a corner. Likewise, the engine revs more freely and seemed to carry less inertia, so downshifts were faster, smoother and less likely to upset the chassis.
There’s also a track-focused Race mode that goes beyond the Sport and Sport Plus drive mode settings, loosening the stability control system’s grip and allowing for a bit more dynamism in the handling. However, the S 63 can still behave like a proper S-Class, slipping into its comfort mode in traffic and pampering its passengers with the same level of amenities, tech and luxury as the rest of the S Coupe and Cabriolet lineup.
8 is greater than 12
The S 63 just feels like a better car than the S 65. The latter’s V12 is ever-slightly smoother and the bigger engine gets you bragging rights among those concerned mostly with having the biggest numbers, but I think the biturbo V8 version is the no-compromises S Coupe to get and the more rewarding machine. And I’d wager that Mercedes-AMG’s engineers and crafts-folk think so, too.