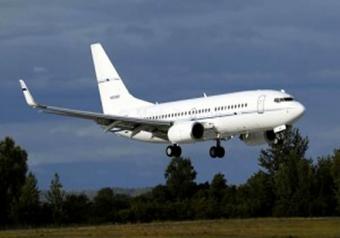 Organisers of the First African Solo Flight around the world have announced that the solo effort piloted by a Nigerian, Ademilola  Odujirin will now kick off today, June 23, 2016 but will now commence from Washington DC contrary to the earlier plans for it to start from Nigeria.

The first solo flight by an African would, once successfully executed will be the 114th successful flight around the world.

The aircraft in use, the SR22 aircraft with registration number N313CD is nine years old, and has been refitted and upgraded to fly seventeen and half hours with special configuration before refueling from its original 4 hour flight time.

According to the project organisers, Transcend, all is in readiness to fly around the world as the aircraft is currently in the USA even as the reason for the change in the starting point has been attributed to the fact that using America will greatly reduces the cost of the solo flight and achieving the ultimate goal.

According to the Nigerian flight pilot, baring no last-minute hiccup the June 23rd date is official and the flight can be monitored.

The organisers declared, ”We the members of team Transcend wish to thank the general public for their immense interest and support during the last few months in relation to our project. The team has been working very hard to make this historic event a success.  Our primary objective has been to have the First African Pilot fly Solo across the World and we are ever so determined to make this a reality.

“Around the world, flight involves overcoming many challenges and team Transcend is no exception when it comes to facing pioneering trials. Taking off from Nigeria imposes an even more logistical challenge which amplifies the entire project cost. Needless to say, we have experienced a myriad of challenges and issues which has led to a delay affecting our original plan.  Primary to the delay is the lacklustre response to our Sponsorship request. We are cognisant of the fact that it is a financially difficult time for many institutions at this point.

“As a result, we have had to review the original plan taking into consideration the economic factors and coming up with the most achievable, cost-effective position enabling us fulfill the primary objective, which is to be the first African to Fly Solo round the World.

“The project will now kick off from Washington DC in the United States of America.  The aircraft is currently in the USA and starting there (The United States) greatly reduces our cost thereby helping us to achieve our ultimate goal.

“We would like to thank our two main Sponsors Tolaram Group and Translynx Nigeria Ltd for their immense support in creating the impetus to our cause. We would also seize this opportunity to thank donors such as Cross River Sate, Arik Air, Lazza, Bruce Canopies (US) and Spidertracks (US). We would like to thank you all for your continued support and appreciate your interest in our project.”

The festering hijab crisis in Osun

Certain changes in eye structure can cause vision loss