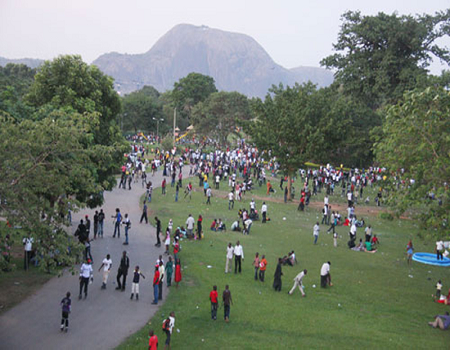 A firm, Adcelerate Limited, on Tuesday, disclosed that arrangement has reached a climax to invest about $15 million in first luxury yatch cruise on Jabi Lake, which would directly create over 10, 000 jobs in the Federal Capital Territory (FCT), Abuja.

Chief Executive Officer (CEO) of the company, Mr. Maxwel Omar Gabari, who disclosed this to newsmen in Abuja, further said over 170 youths would be employed, when the firm kicks-off.

Mr. Gabari explained that the lake cruises with a luxury yacht, when completed, would also boost the Internal Generated Revenue (IGR), for the FCT through taxes.

According to him, it will improve the aesthetics of the territory and boost its tourism activities. It will create an improved and sustainable lake management. It will boost the city’s revenue base. It will also be the first inland cruise in Nigeria. So, we are looking at 10 to 15 million dollars in investment.”

While commenting on the lingering lawsuit that had hampered the developments around the lake area, the CEO said: “the lawsuit did not affect the lake because it is nobody’s lake, it only affects the Jabi Lake Garden and Park, which from our investigation four people are claiming ownership of the place.

“But we cannot leave the entire huge space abandoned, so I think the FCT minister needs to take a firm resolve to maintain the place because it is a beautiful place that is left underdeveloped.

“We knew about the issues, and that is why we are not doing Jabi garden, we are actually on the lake. As a private company, we want to maximize the value of the lake for the benefit of ourselves and other residents in the territory. It is for large scale and access to entertainment for better revenue and more jobs for the people.” He promised.

While decrying the dwindling fish population in the lake, Mr. Gabari said the firm would introduce more fish species into the lake in order to encourage fishing and other aqua-business around the lake.

On provision of electricity, he said the company would provide 100% renewable energy drive.

No case of sodomy, torture in our rehabilitation centre ― Tahir

Group to Buhari: Existence of cabal in Aso Rock is a threat to democracy