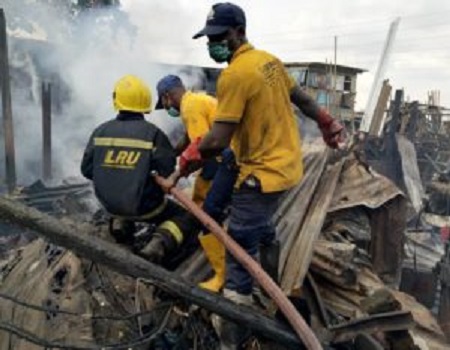 The council Information Officer, Alhaji Usman Abubakar, told the News Agency of Nigeria (NAN), on Monday, in Suletankarkar that the silos contained grains worth over N5 million.

Abubakar said the silos contained sorghum, beans and guinea corn, among others.

Abubakar said the fire, which occurred late on Sunday, was believed to have started from a kitchen in one of the houses.

According to him, the occupants of the building might have failed to put out the fire used in cooking.

“We are suspecting that the fence of the house caught fire from the cooking spot and spread to other houses in the neighbourhood,” he said.

The spokesman said the council’s Chairman, Alhaji Ja’afaru Mohammad, had visited the village for on-the-spot assessment of the incident.

He called on the State Emergency Management Agency to assist the affected persons with relief materials.

Group kicks against imprisonment of offenders of minor crimes