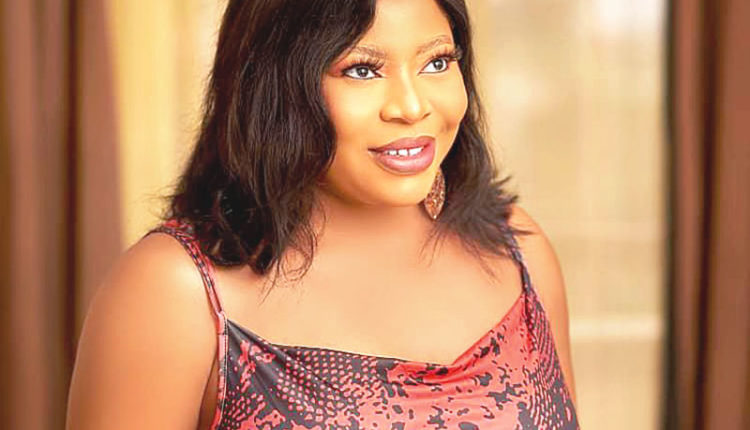 From motivational speaking, to acting, producing, hosting shows and conducting music business, US-based entertainer, Oyebola Bolts Odimayo, otherwise known as O.T. Bolts Odimayo has a finger in every pie. SEGUN ADEBAYO caught up with the popular actress and she opened up on how she is combining many fronts and the challenges of working in the US and Nigerian entertainment sectors, among other issues.

Given that this is an unprecedented pandemic period, how hard has it been to produce movies?

The impact of the COVID-19 pandemic has been huge on majority of the sectors of economies all over the world. The entertainment industry is not left out, people are still scared and regulations don’t allow for crowded theatres yet. So many core aspects of the media are threatened at the same time. So, it’s been really challenging.

Then, one can say that your plans for this year have been badly affected by the incursion?

Absolutely! This development has broken filmmaking goals into smaller tasks which ought to have made a significant headway. Production meetings with prospective directors and director of photography and production managers could not be achieved. Thank God that Theatre and Motion Pictures Association of Nigeria (TAMPAN) has lifted the ban on production and we have since kicked off on a new level.

For someone who studied economics, how did the journey into the media world start?

Yes, I am an economist, but I developed interest in acting seeing legendary actors like Alabi Yellow and theatre groups of Ishola Ogunsola Ishow Pepper tour our schools. My friends and I would do anything to buy tickets to watch stage plays which we would imitate for a long time. We were active in church and drama groups in secondary schools. We were first to launch drama groups at church. So, acting has been a passion since I was a child .

You have organized events which made the state of Texas agog. How were you able to quickly make your mark there?

Yes, we launched Greenview Music and Comedy Fiesta that featured Basketmouth, Bovi, Sir Shina Peters, 9ice, Teni, Kenny Blaq, Adedimeji Lateef and some American artistes. This was achievable because I already studied the needs and I observed the only event was usually Fuji event and the youths wanted more. So, I agreed with the board to bring in comedy to match music and the rest they say is history.

How do you get inspiration to produce content for your movies?

Most of my stories are about personal experience and happenings around me except for maybe, Lekansi and Mystery that were fictitious. The just concluded ones are true life events: ‘Owu’, ‘Oteru’, ‘Okete’, and ‘Igbagbe’.

Many say that movie making is not as rewarding as other professions in pecuniary terms. Was this your motivation to diversify?

Well, contrary to such opinions, film-making is absolutely rewarding if not many veterans and legends would have quit a long time ago. If your project is valuable enough for you to attempt to undertake it, it is only logical that it will attract value. With good scripting, state-of-the-art cameras, among other factors, then audience will naturally come for the brand. Not only will one make money back from online TVs and cinemas, but one is also going to be coming up aces with every project. In no time, brands will be lining up to get one’s signature and endorsements mean more money.

You have a new movie, ‘Owo o teru’. What other projects should fans expect from their favourite act before the year runs out?

Fans, home and abroad, should expect a whole load of entertainment. There are many in the pipeline such as ‘Okete’, Igbagbe perspective’, ‘Eni eko’, ‘Osan gangan’ and many more. The remainder of this year is entertainment-packed, I can assure.

What was the most challenging experience you’ve had in your adventurous career?

My main challenge was litigation among colleagues. There are a few of them (established actors) who see young and aspiring actors and producers as rivals without considering that we all can’t have the same content. Our audience may not necessarily be the same. Instead of being welcomed with love, one is intimidated and hated. There are those who would resort to blackmail such that an up-and-coming actor is overwhelmed by criticisms and is discouraged to continue the career. Some see me as an investor and not like a producer who has been with them, but I’m not bothered. I’m capable enough to face whatever comes. I was long ready to face all these and more. I am way too big to be swallowed by the mysteries. I have not come to intimidate anyone, only to make impact.

Being an actress is a dream come true —Damilola Omotoso