FIDA cries out over rising incidents of armed banditry, kidnappings in Niger 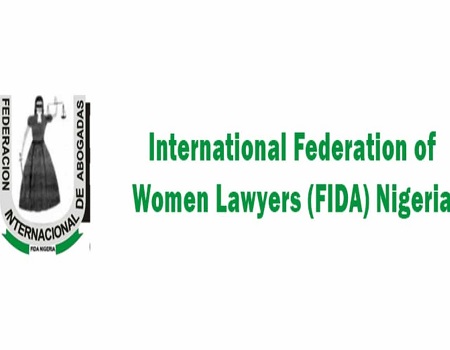 Niger State branch of the International  Federation of Women Lawyers (FIDA), has cried out over the rising spate of armed banditry and kidnapping activities in the state and called on the government and security agencies to rise up to their responsibilities.

They stated this in a statement issued and made available to newsmen at the weekend by the Public Relations Officer (PRO), FIDA, Barr.  A’ishatu Yusuf, and made in Minna, while expressing dismay and apprehension over the recent abduction of no fewer than 136 Islamiyya pupils at Salihu Tanko Islamiyya school in Tegina, Rafi Local Government Area of the state for over 28 days now.

According to the statement,  FIDA as an organization saddled with the responsibility of working to defend, promote and protect the rights of women and children, condemned in strong terms the dastardly act against these innocent children.

It said, “We wish to re-emphasise that children are not to be used as tools of violence and arm-twisting for selfish and ignoble gains. It is unfortunate and disheartening that these children have spent over 20 days in captivity.”

The organization deeply sympathized with the relations, parents and guardians of the abducted students and staff of the school, stressing,  that  “we equally send our deepest condolences to the parents of the three-year-old boy who lost his life while in captivity.”

FIDA, while applauding the efforts of the state government’s plans to ensure the safe return of the abducted victims to their families, thereby, request the arrest of the perpetrators of these dastardly acts with the view to face justice.