Features
By YEJIDE GBENGA-OGUNDARE On Sep 27, 2022 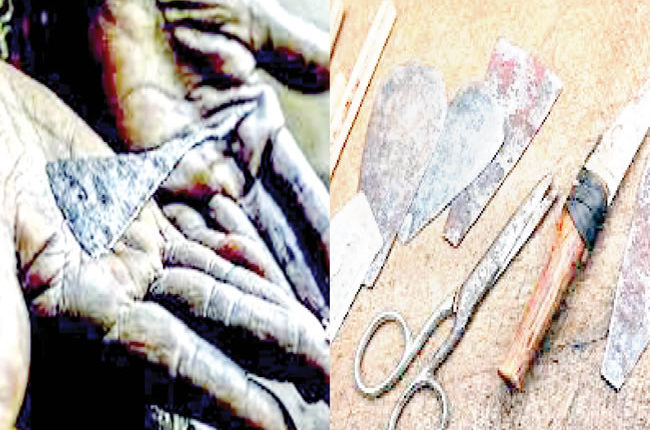 As Nigeria battles with the burden of high prevalence of Female Genital Mutilation (FGM) especially in the Southwest and Southeast states, YEJIDE GBENGA-OGUNDARE reports that stakeholders have called for enforcement of legislations which they describe as weak in Nigeria as well as advocating for the laws need to be made accessible to all members of society if government is sincere in its fight against FGM.

In February, the United Nations Children’s Fund (UNICEF) issued a warning on the rise in Female Genital Mutilation (FGM) among Nigerian girls between the ages of 0 and 14, quoting that the increase had increased prevalence from the 16.9 percent in 2013 and 19.2 percent in 2018 to worrying levels among young girls.

This is in addition to figures which listed Nigeria as the country with the third highest number of women and girls who have undergone FGM worldwide, and an estimated figure of 19.9 million of survivors.

UNICEF representative in Nigeria, Peter Hawkins, had said that 68 million girls across the world would be at risk of female genital mutilation between 2015 and 2030, and that “millions of girls are being robbed of their childhoods, health, education, and aspirations every day by harmful practices such as FGM.

“The practice of FGM not only has no health benefits – it is deeply harmful to girls and women, both physically and psychologically.

“It is a practice that has no place in our society today and must be ended, as many Nigerian communities have already pledged to do.”

Hawkins had noted that FGM is highly prevalent in five states: Ebonyi, Ekiti, Imo, Osun and Oyo, and that nearly three million girls and women would have undergone FGM in these States in the last five years.

He reiterated that the prevalence of FGM is highest in the South-East (35 percent) and South-West (30 percent) and lowest in the North East (6 per cent).

And though FGM is recognised internationally as a violation of the fundamental rights of girls and women by emphasising deep-rooted inequality between the sexes, the fight to curb the menace has only yielded little results despite collaboration among stakeholders.

Though in April, the Federal Government lauded five states; Oyo, Ekiti, Osun, Ebonyi and Imo, over their commitment to ending the menace, stakeholders have argued that the drop in figure is not commensurate to the efforts and resources already committed as people under the cover of darkness continue to perpetrate the act even when they know it is wrong.

The Minister of Women Affairs and Social Development, Paullen Tallen, had during the launch of the Movement for Good to end FGM in Nigeria emphasised that eliminating FGM is crucial to realising many of the other Sustainable Development Goals (SDGs), including targets on health and well-being, quality education, gender equality, decent work and economic growth, adding that its continuous practice would deny girls and women the right to quality education, opportunities for decent work and their health, particularly sexual and reproductive.

Tallen had said, “It is disheartening to realise that the practice which involves the partial or total removal of external female genitalia is done mostly by women and in some cases by medical personnel.

“Out of 200 million Female Genital Mutilation (FGM) survivors in 30 countries of the world, Nigeria contributes 10 percent of the abuse on women and girls, which is approximately 19.9 million.

“In Nigeria, the prevalence among girls aged 0-14 years is worryingly on the increase from 16.9 percent (NDHS 2013) to 19.2 percent (NDHS 2018). These negative results threaten to roll back progress made in previous years.

“Since 2014, UNICEF and UNFPA, in partnership with government and other partners, implemented the joint programme on the elimination of FGM in five states namely: Imo, Ekiti, Ebonyi, Oyo and Osun with the aim to strengthen legal and policy development and implementation, improve access to quality healthcare, protection, legal and social services, support the education of girls, and to mobilise communities in the need to eliminate FGM.”

On his part, the Minister of Health, Dr. Osagie Ehanire, had called on other state governments to scale up interventions to end the practice; eulogising Oyo, Ekiti, Osun, Ebonyi and Imo for their zeal in ending the scourge and calling out Kano, Kaduna and Jigawa states on the need to speed up action and make ending FGM a matter of priority.

FGM is described as an extreme form of discrimination against girls and women which violates their rights to health, security and physical integrity; the right to be free from torture and cruel, inhuman or degrading treatment; and the right to life, in instances when the procedure results in death.

According to NDHS figures, while the national prevalence of FGM among women in Nigeria aged 15-49 dropped from 25 percent in 2013 to 20 percent in 2018, prevalence among girls aged 0-14 increased from 16.9 percent to 19.2 percent in the same period.

And while many have stated efforts have been put in place in terms of enlightenment, education and awareness creation, many have said that there had been improvement in figures, through the number of people still involved in the act calls for concern. They advocated that existing laws against FGM should be implemented.

Speaking at a stakeholders conference, Dr Monsurat Ayo Alaga, a community development expert, stated that while there is still need for counseling, it is time for agencies to make use of legislations as the people can no longer feign ignorance about the hazard in FGM, adding that, “we have been talking to them, advising and at times begging and we are at a stage where we cannot say that they do not know; they are merely being recalcitrant based on some societal and traditional beliefs and expectations. I believe it is time to use the laws to serve as deterrent.”

And in line with this call, the Oyo State Government has stated that it is ready to prosecute persons perpetrating FGM within the state as part of efforts to put an end to the act or reduce it to the barest minimum if it cannot be completely eradicated.

The state Reproductive Officer, Mrs Balqees Olawoyin, announced this while speaking to stakeholders at a sensitisation program organised by Hacey Health initiative, in Ibadan, adding that many success stories are not being recorded on FGM because violators are allowed to go as it is being handled as a family matter.

She noted that government will not relent in ensuring that violators are brought to book, including conspirators within family members.

Speaking on progress made in ending FGM across FGM-prevalent states in South-West region, Dr Somefun Esther while speaking on the programme, ‘Let’s Talk FGM’  said that the high boarding states in Nigeria with the issues of female genital mutilation have received support from the United Nations Population Fund, the State government, civil society and non-governmental organisations to move them from states with high prevalence to states with FGM dropping with over 30 percent across the board.

“Osun State for example has dropped from 78 percent to over 45 percent and Ebony from 74 percent to 53, Ekiti from 72 to 57 percent, Imo from 68 percent to 61 percent, Oyo from 66 to 31.7 percent. Policies and legal frameworks were put in place to strengthen the right of women, particularly, working with the state to domesticate the Violence Against Person’s Prohibition Act that was passed in 2015 in the various states. This came with a lot of advocacy and engagement with traditional and religious leaders, who are great influencers as custodians and gate keepers of tradition, giving them reasons to abandon the practice of female genital mutilation,” she stated.

What are the laws against FGM? While the Constitution of the Federal Republic of Nigeria (1999) does not specifically refer to violence against women and girls, harmful traditional practices or FGM, Article 34(1) provides that every individual is entitled to respect for the dignity of their person and, accordingly, no one ‘shall be subject to torture, or to inhuman or degrading treatment. However, the Violence Against Persons (Prohibition) Act, 2015, called the VAPP Act, established in May 2015, made clear pronouncements on FGM and is the first federal law attempting to prohibit FGM across Nigeria.

However, some states have laws on FGM aside from the VAPP Act. In Cross Rivers, there is the Girl Child Marriages and Female Circumcision (Prohibition) Law (2000) which provides that any person who performs FGM, offers herself for FGM, coerces, entices or induces another to undergo FGM or allows any female who is either a daughter or ward to undergo FGM is liable on conviction to a fine of not less than 10,000 naira or to imprisonment not exceeding two years for a first offender (and to imprisonment not exceeding three years without an option of fine for each subsequent offence

In Edo State, there exists the Prohibition of Female Genital Mutilation Law (1999) which states that anyone liable for performing FGM will face a jail term of not less than three years’ imprisonment or a fine of not less than 3,000 naira or both while in Ebonyi State, perpetrators are liable to a five-year prison term and in Rivers State, there exists the Child Rights Act (2009) which in Section 25 sets out that any person who directly or indirectly causes a female child to be subjected to FGM is liable on conviction to a fine not exceeding N50,000, imprisonment for a term of one year, or both.

But in spite of these legislations, perpetrators still get off free as FGM is still treated as a family affair and not a criminal offence and this according to stakeholders is a form of hindrance as people don’t take the issue of engaging in FGM as serious as they should. Civil society organisations have also expressed concern that the law is not serving as deterrent and have called on regulatory bodies to step up action.

However, it is stated that aside the fact that the VAPP Act which criminalises and punishes those who perform, procure, aid and abet the FGM practice is not being implemented, another factor militating against curbing FGM is the fact that the law does not directly address failure to report FGM especially when carried out by medical professionals.

According to Dr Alaga, “knowledge of the law and enforcement is generally weak in Nigeria and if government sincerely wants to stop FGM, it must make the laws work.”

Kidnapping: The industry bringing Nigeria to its knees