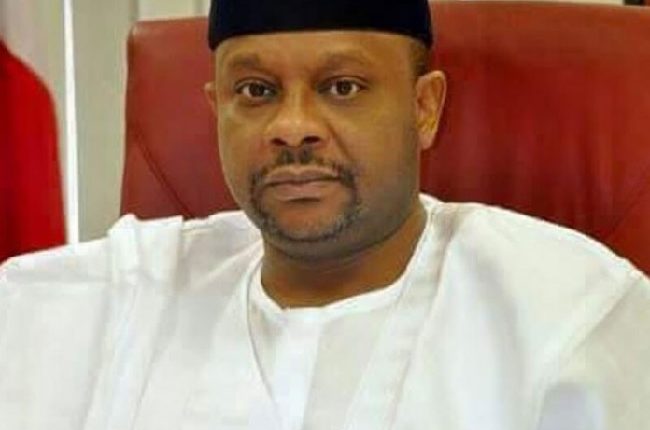 Federal Government, on Monday, solicited the support of the media in the bid to design more strategy nationally, regionally and globally on migration reportage, as well as sensitisation of Nigerian youths who are involved in irregular migration with its attendant consequences.

Senator Basheer Mohammed, Federal Commissioner, National Commission for Refugees, Migrants and Internally Displaced Persons NCRMIDPs) gave the charge in Nasarawa State, at the opening of a two-day capacity building workshop for local Media Practitioners on migration reportage, argued that migration is inevitable in view of the driving forces in an intercontinental and interdependent world.

He noted that despite all its positive contributions, migration has been associated with some noticeable adverse effects by putting undue pressure on local jobs, social security and services, as well as lifestyles and social fabric, which has made it a sore throat on the host countries socio-economic well-being.

This, according to him, has led to untold challenges and vulnerabilities experienced by many migrants such as racism, xenophobic attack and discrimination that have led to maltreatment of migrants in their host and transit countries.

While urging the need for the media to help in shaping public perceptions of migrants as well as ensuring that migrants have equal access to migration, he observed that “over the years, the story of migration has been largely positive with migration bringing new skills, energy, perspective and experiences to their new homes helping to drive economic growth and enriching the cultural tapestry of their communities.

However, in recent time, the migration issue is growing more momentous and dominating the global political discourse, with the negative narrative associated with it, bringing about fear and prejudices, which makes it toxic. Even with all its positive contributions, migration has been associated with some noticeable adverse effects.

“The undue pressure on local jobs, social security and services, as well as lifestyles and social fabric, has made it a sore throat on the host countries socio-economic well-being. This has led to untold challenges and vulnerabilities experienced by many migrants such as racism, xenophobic attack and discrimination that have led to maltreatment of migrants in their host and transit countries.”

In the bid to address a myriad of challenges facing migrants and asylum seekers worldwide, he underscored the need for the media to provide information spanning through both sides of the Mediterranean report on migration? What are the consequences of irregular migration? How do we stem irregular migration?

“Although a great deal of media coverage tends to be negative and criminalising migrants, by linking asylum seekers, refugees, and migrants with insecurity, socio-cultural and economic threats. However, there are some exceptions.”

Some of the successes recorded so far include; Commission’s collaboration with the Central Bank of Nigeria (CBN) on Resettlement City and Project Reliance with a view to bringing succour and relief to our Persons of Concern (PoCs).

“The Resettlement City which has the four States of Katsina, Borno, Kano and Edo as a pilot is aimed at providing accommodation of two-bedroom flats of 600 Housing Unit, with modern amenities in place such as market, worship centres, police station, health facility and school, for the resettlement of our IDPs and Returnees.

“The Resettlement City for Borno State is nearing completion. On the other hand, Project Reliance is meant to provide skill training for our IDPs and Returnees and on completion of the skill training, they will be provided with start-up capital and equipment to enable them to start earning a living on their own.”

On his part, UNHCR Deputy Representative, John McKissick underscored the need to effectively engage media professionals on quality coverage of migration issues and also to build their capacity on terminologies, with a view to achieving efficient and effective migration governance in Nigeria through improved media reporting on migration.

“A persistent and deeply concerning feature of refugee and migrant movements in many parts of the world is the recourse to move irregularly, often making the men, women and children on the move easy targets for traffickers, who prey on the precariousness of their situation to exploit them.

“For many, paying smugglers, boarding an unseaworthy boat may appear to be the best option available – in the absence of safer alternatives – to flee conflict or persecution and to seek opportunities to rebuild their lives.

“Such irregular movements bring with them, often, serious risks of injury or death, as well as reckless endangerment of life, exploitation, or violence at the hands of smugglers and traffickers.”

UNHCR remains committed to the principles of the 2016 New York Declaration for Refugees and Migrants that paved the way for the adoption of two new global compacts in 2018: a global compact on refugees and a global compact for safe, orderly and regular migration in 2018. The Global Compact on Migration emphasizes that “it is crucial that the challenges and opportunities of international migration unite us, rather than divide us”. It sets out our common understanding, shared responsibilities, and unity of purpose regarding migration, making it work for all. UNHCR is working closely with various stakeholders on issues of complementarity between the two global compacts, particularly in relation to cross-cutting issues relating to both refugees and migrants such as trafficking and smuggling, rescue at sea, data collection and analysis, and promoting tolerance.

UNHCR reaffirms its readiness to continue supporting the Government of Nigeria in ensuring better management of migration and mobility, with a specific focus on the movement of asylum seekers, refugees and stateless persons.

In her remarks, IOM representative, Dr Banke Ogun, who tasked the media on the need to ensure a balanced conversation and reportage of migration-related matters, expressed optimism that the workshop will help us understand migration context, migration dynamic, the trends, the use of the right terminology and the better way of communicating migration in Nigeria and in the globe.