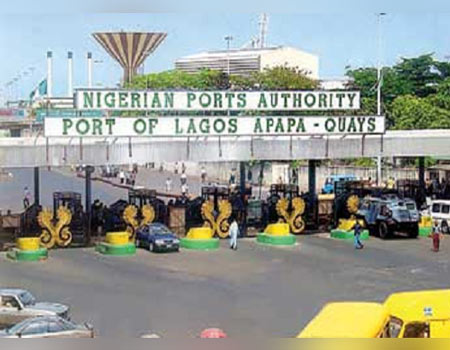 THE Federal Government has been urged to use part of the money being generated by the Nigerian Customs Service (NCS) at the ports to fix the roads leading to the Lagos ports. The Apapa and Tin-Can Customs commands, the stakeholders said, generate over N2 billion daily from the ports. The N100 billion required to fix the roads, the stakeholders argued, can be generated by Customs and other government agencies within two months.

Some importers and port users at the weekend urged the President Muhammadu Buhari led administration to support the current management of the Nigerian Ports Authority (NPA) in finding a permanent solution to the gridlock on Apapa/Tin Can Island roads and reduce hardships on the users.

The stakeholders said there was an urgent need for the federal government to fix the Tin Can Island road as the NPA, Dangote Group and Flour Mills plc embark on reconstructing the entire Wharf Road.

“To tackle the problems which we attribute to the poor port access road, the nefarious activities of tanker drivers and operators of articulated vehicles; the Federal Government needs to declare an emergency on the road so that we can enjoy the support of other government agencies like the NPA.

“Although the roads leading to the ports are in bad shape, but we must also understand that the problem on that road comes from the tankers and containerised truck drivers who go to the ports to lift fuel and others. So it is necessary to appreciate the bold step being taken by the NPA because it is not the only government agencies generating money from the ports. We have Customs and others. Therefore, it is inaccurate and uncharitable for anybody to say that NPA is not doing enough to solve the challenge faced on that road or that the agency has lost the battle.

“The problem from the port was that vehicles that used to park inside the port have been driven out by the concessionaires and they have no option than to park on the road in order to gain access into the port,” an importer, Olabisi Adeleke stated.

Mr Sunday Collins, a banker in Apapa, also urged government to urgently repair the road. In his words, “Everyday, we spend several hours on this road before we get to our offices and when we do get to our offices, we are already exhausted; we are really suffering. it is always difficult for commuters to access Tin-Can due to the bad nature of the road.

“Buses coming from Oshodi now stop before Coconut bus stop because of the failed sections of the road and instead of commuters paying N100, from Oshodi to Apapa, they now pay N150 to get to West Minister bus stop where they now pay N150 or N2OO to take bikes to the gates of Tin-Can port and beyond. The monetary issue is one, but the danger people are facing on the road is a matter of life and death as many people including reporters have been killed by truck drivers on the road.

“Apart from the risk of taking commercial motorcycle through those gullies, we also face the risk of accidents because containers fall around there frequently.

“It was reported in the papers few days ago that the Nigeria Customs Service (NCS) Tin-Can Island Port Command generated N183 billion from the port between January and August this year. The figure excludes the amount generated by the Apapa Customs Command and other government agencies at the port.

“I think government should use part of this money to fix the port roads. More so, this money come from the ports, it should be used to repair the roads leading to the ports.”

It would be recalled that the NPA and some stakeholders operating at the ports recently agreed via a Memorandum of Understanding (MOU) facilitated by the Federal Ministry of Power Works and Housing to reconstruct the entire Wharf Road. These stakeholders include The Nigerian Ports Authority, Dangote Group and Flour Mills plc.