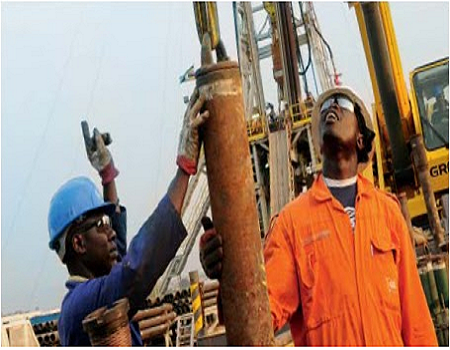 The Federal Government, on Monday, commenced training of stakeholders on proper metering and measurement in the oil and gas sector for enhanced national development.

The Director-General of Standards Organisation of Nigeria (SON), Mr Osita Aboloma, made this known while declaring open training in metrological measurement in the oil and gas sector in the National Metrology Institute (NMI), Enugu.

ALSO READ: Why I moved motion for demerging of Culture and Tourism Ministry —Senator Raji Rasaki

Aboloma, represented by Mr Bade Obayi, Director of NMI, said that the training and its stepping down was necessary given the large expense of the oil and gas sector especially in a developing economy like Nigeria.

Obayi noted that the country depended largely on the oil and gas sector for a greater percentage of its national income.

“The need for proper governance in the diverse management of the sector in line with international best practices becomes more imperative,’’ he said.

According to him, “it is significant for NMI like those of every other nation to have a solid knowledge of the metrological control of the measurement system in the oil and gas industry in the overall interest of the economy.

“This training is to, therefore, provide the requisite knowledge base for the staff of the NMI to further impact positively on the Nigerian economy.

ALSO READ: Why I moved motion for demerging of Culture and Tourism Ministry —Senator Raji Rasaki

“I, therefore, enjoin the participants to take optimum advantage of the opportunity to enrich your knowledge and with the ultimate objective of improving the lives of Nigerians through standards,’’ he said.

Aboloma thanked the Engineering and Physical Sciences Research Council (EPSRC) of the University of Huddersfield, UK for providing faculty for the training as well as Sidikat Ibrahim, a researcher at EPSRC, for being the facilitator of the training.

Earlier, Mrs Crescentia Erukpeme, Zonal Coordinator (South-East) Weights, and Measures Department said that there was a need for synergy among various agencies and bodies involved in standards in the oil and gas sector.

Erukpeme said that the aim of metrology in oil and gas was to ensure accuracy and build lasting trust in measurement in oil and gas sector within and outside the country.

“We hope that all that would be learnt will be taken home and stepped down for others in your departments, agencies, and companies to learn from,’’ she said.

Over 60 participants drawn from the Department of Petroleum Resources (DPR), Weights and Measures Department of the Federal Ministry of Industry, Trade and Investment and NMI partook in the training.