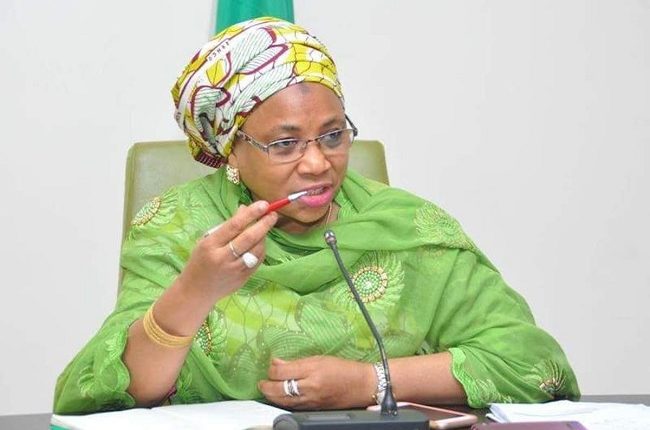 Worried about the damaging effects of the yam beetle which destroys the crops on the farm, the Federal Ministry of Agriculture and Rural Development organised a workshop for management of beetle infestation on yam for farmers in Edo State.

The Director Federal Department of Agriculture at the Ministry, Hajiya Karima Babangida said climate change has affected yam production of which beetle infestation is one of them.

She said yam is a major staple food for an estimated 60 million Nigerians, supplying 200 kcal per person/day dietary energy.

“The yam crop is unique among food crops in relation to the prestige it enjoys and the central role it plays in the socio-economic life of the people of Southern Nigeria.

“There has been a steady growth in yam production since 1997, with an average annual growth rate of 4.6per cent per year. This accounts for the position of Nigeria as the highest producer globally,” she said.

Hajiya Babangida said in spite of this position and growth in yam production, infestation by yam tuber beetles (Heterolygus meles) has posed a major constraint to increased yam output.

She said the yam tuber beetle is a very serious insect pest of yam river-rine areas, particularly in the forest agro-ecological zones like Edo State.

“Beetle infestation is usually serious, with over 20per cent attack rate. There is no doubt that this rising incidence of tuber damage resulting from beetles attack has serious socio-economic consequences on farmers.

“Yield is drastically reduced; there is a great loss in market value, low farm income and consequently hunger and poverty.

“The high cost of pest control coupled with the rising cost of other productive inputs have forced some yam farmers to adopt other staple crops while others have abandoned their farms altogether,” she noted.

She further noted that the ministry has stepped up the challenge and has developed some strategies to tackle the infestation.

“We must remember that the kind of yam we produce will go a long way in determining the quality of the produce viz a viz the profit to be made by the farmer and the addition to the national GDP,” and she added.

She expressed hope that at the end of the workshop, the challenge posed by beetle infestation will be a thing of the past.

“The ministry will distribute seed yams, sack bags and organic-based insecticides to fifty farmers to kick start the use of sack bags for yam production in Edo State,” she added.

In spite of the huge investment in the water sector by the government and international organisations, water scarcity has grown to become a perennial nightmare for residents of Abeokuta, the Ogun State capital. This report x-rays the lives and experiences of residents in getting clean, potable and affordable water amidst the surge of COVID-19 cases in the state.  FG trains Edo farmers on management of yam insect pest