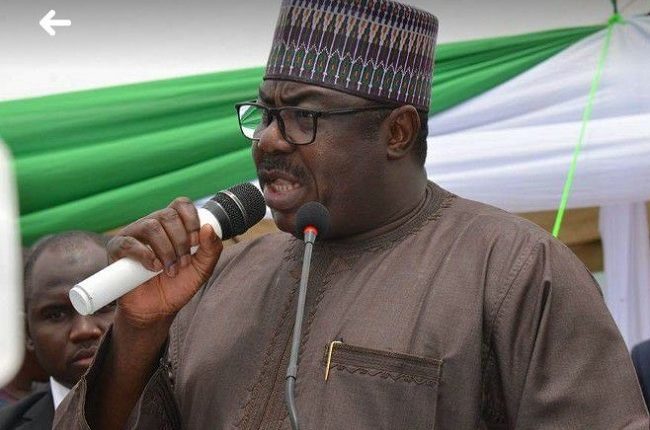 Not fewer than 5 million Nigerians, mostly youth, women and vulnerable people across the country are to be engaged in the agricultural sector in order to integrate them into the nation’s economy through job creation.

The disclosure was made by the Minister of State Agriculture and Rural Development, Mustapha Baba Shehuri when he led a delegation of officials of the Ministry on a courtesy visit to the Bauchi State Governor, Sen Bala Mohammed Abdulkadir at the Government House, Bauchi.

The Minister said that, so far, a total of 1,138,000 farmers have benefited through the initiative on agricultural job creation in all the 36 states of the federation, including the F.C.T under the first phase in the 2020 farming season.

He further said that during the COVID 19 pandemic lockdown, farmers across the country received massive support from the government in terms of funding, agro-chemicals and small scale equipment in all the states extension services outreach to farmers.

Mustapha Shehuri said that “In partnership with the State governments, the federal government is employing 1 million youths to serve as village agents. In Bauchi State, over 15,000 youths were employed to serve as an enumerator.”

He added that “The plight of poultry farmers and the high cost of poultry feeds was a source of concern to the government. Thus, the federal government has directed the release of 5,000 metric tonnes of maize to the poultry industry from the strategic food reserve.”

While Responding, the State Governor, Sen Bala Mohammed commended the federal government initiative in boosting agriculture and rural development, saying that the Ministry is so critical in the diversification of the economy as well as enhancing growth and development in the country.

Bala Mohammed said that “Mr President has done so much to show that the way to go is to develop agriculture and rural development because the majority of our people are engaged in agriculture and those who voted him into power are living in the rural areas.”

He also said that “Your ministry is so critical in developing the GDP in a manner that we can exit over-dependence on government contracts and patronage and therefore your youth empowerment support to Agriculture, extension services that you are giving is so critical to us in the state.”

The Governor then assured that his administration is not taking agriculture with levity saying that it is the mainstay of the state as the people are all year round farmers a development he said made state one of the agricultural produce of the country.

He assured that every farming implement is the equipment needed will be provided by his administration mentioning particularly, fertilizer which he said will be made easy for the peasant farmers to get.

The British Parliament at the Westminster Hall held a debate on ‘e-petition 554150, relating to Nigeria and the sanctions regime’ on Monday. The government of the United Kingdom has however responded…FG to create jobs  FG to create jobs

The surprise visit made on Friday night by the leaders of the ruling All Progressives Congress (APC) to former President Goodluck Jonathan at his residence in Abuja triggered a stir in the major political camps, resulting in at least four possible theories..FG to create jobs  FG to create jobs