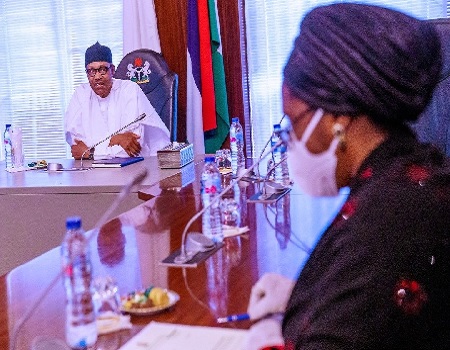 THE Federal Government of Nigeria (FGN), through the Debt Management Office (DMO) will borrow about N450 billion via bonds in the first quarter (Q1) of 2021 to fund FGs budget deficit, its Bond Issuance Calendar for the next three months has shown.

This, according to stakeholders, is below the estimated N505 billion inflow from Bond Coupons excluding inflows from Retirement Savings Account (RSA) contributions.

The January bond auction circular was also released with a total of N150 billion to be issued via the re-issuance of the FGN 2027s, 2035s and 2045s papers (N50 billion apiece).

Though dealers expect the just released FGN Bond issuance calendar to influence market direction the FGN bonds market traded with mixed sentiments on Friday, with some demand seen on the mid-end of the curve (2027s -2029s) while the long end of the curve remained firmly bearish.

Meanwhile, the trading session for the FGN Bond market for last week was mixed as investors braced up for the first quarter bond issuance calendar which was released by DMO during the week. Average benchmark yields closed flat for the week at 3.23 per cent, according to dealers.

From multilateral and bilateral loan drawdowns, the Federal Government plans to raise another N709.69 billion.

The aggregate revenue available to fund the 2021 budget was projected at N7.89 trillion (35 per cent more than the 2020 revised budget of N5.84 trillion).

Commenting on funding the budget deficit, the Director-General, Lagos Chamber of Commerce and Industry, Dr Muda Yusuf, said the growing fiscal deficit and the corresponding growth in the debt service commitment was a cause for worry.

Israel as the start-up nation