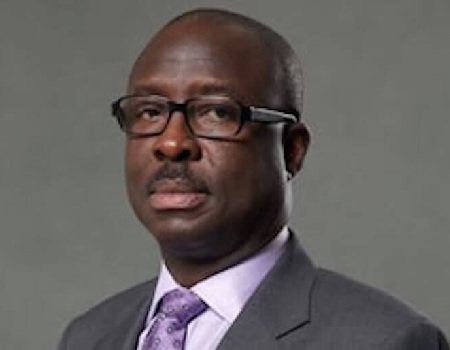 The Federal Government has charged the newly appointed Executive Secretary of the National Sugar Development Council (NSDC), Zacch Adedeji, to work towards the full implementation of the Nigerian Sugar Master Plan.

Speaking at the weekend in Abuja while inaugurating the NSDC Executive Secretary, the Minister of Industry, Trade and Investment, Otunba Richard Adebayo, noted that it was important for NSDC to work towards the realisation of the Federal Government goals in the sugar sector of the economy.

Adebayo said the Federal Government hoped and relied on him (Adedeji) to work assiduously towards the realisation of the country’s self-sufficiency in sugar production.

“You are therefore expected to discharge your duties in accordance with the rules and regulations as laid down in the Act establishing the council and other extant rules,” he said.

He urged him to create an atmosphere of a good working relationship with his staff, board and management to ensure the successful execution of his mandate.

On his part, Zacch Adedeji said it was Paramount for the progress of the sugar sector to address the challenges facing the implementation of initiatives in the industry.

“Sugar is an important commodity in the global agricultural market, with an annual average production of 120.1 million tons, consumption of 118.1 million tons.

“Sugar is produced under a broad range of climatic conditions in some 120 countries and is one of the most heavily traded agricultural commodities. World sugar trade averages about 64mln tonnes/year and raw sugar account for around 60 per cent of internationally traded volumes.”

He noted that “our fundamental objective is to continue to work with the relevant public MDAs to provide the desired support and interventions to achieve the ultimate target of 1.8Mm tonnes and with the private sector operators to achieve the goals we have collectively agreed.

“Also, we will continue to welcome the support of our principals towards the vision of attaining sugar self-sufficiency,” he stated.

Adedeji commended the erstwhile Executive Secretary of the NSDC for the progress made in the face of implementation challenges in the sugar development industry.

“It is important to emphasize the need to swiftly address these challenges to enhance our justification to effectively reward non-performance amongst the operators,” he emphasised.

In the penultimate week, (March 7 – 13), there were 2,300 cases, a reduction when compared to the 2,817 recorded in the previous week’s (February 28 – March 6)…FG tasks NSDC on self-sufficiency in sugar production