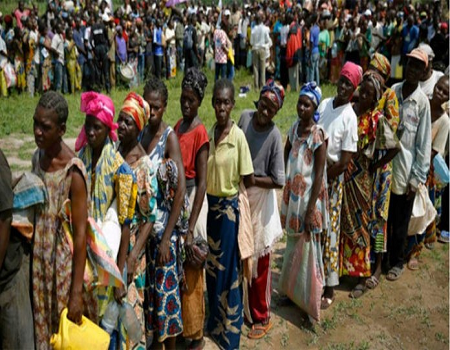 The Federal and States government has been charged to show more commitment towards the eradication of poverty among Nigerians.

A guest speaker and founder of DaySpring Life Development Initiative, Mr Samuel Oludare, gave this charge in  Akure, Ondo state capital, during an event organised by Social Exchange Market to commemorate 2019 International Day for the Eradication of Poverty.

The International day which is celebrated every year on October 17 throughout the world with the Theme: “Acting Together to Empower Children, their Families and Communities to End Poverty” is to recognise the struggles of the impoverished and to make their voices heard by governments and ordinary citizens.

Oludare said: “Government has major roles in the eradication of poverty because the people are the government and they have a lot of works to do to proffering solution to the needs of its people.

“There is a missing link because we are not researching and the government has failed in that aspect too. Research works have not been invented and followed up. On how we can improve on our crops, we have to bring in researchers and give them enabling environment.

“Research institutes should be involved and be proactive in involving farmers in policies that will help eradicate poverty in the country.

“There should also be a genuine approach from the government but much more, farmers have to show more serious about what they are doing too. Because I believe the government is failing us and it is high time we faced the problems squarely.

“I think the government should embrace and work with individuals of corporate bodies that are doing this type of programs to ensure that poverty is eradicated in the land.

“All these multifaceted needs have to be brought together to ensure good living for Nigerians.”

Oludare urged participants who are largely farmers and artisans to be creative, dynamic and look beyond what the government could offer them as assistance.

He said: “Poverty is like a monster and we have to collectively hunt it down and in doing that, everybody has to embrace what he is doing because every work has dignity.

“We don’t dignify our work and we somehow create a stigma around such work. People should also stop depending on the government.

“Poverty is a mindset because Nigerians have been concentrating on making money rather than bringing solutions to various challenges facing the country.

“Bringing a solution to problems is the idea of the world bank. If you can solve problems, you attract funds.

“Agriculture is a means to provide food. When you can not put food in your mouth, that is a very bad stage of poverty. We have to act collectively because the work belongs to everyone.

“Looking at this year’s theme, it shows that when we act together, there is the power to achieve a lot.”