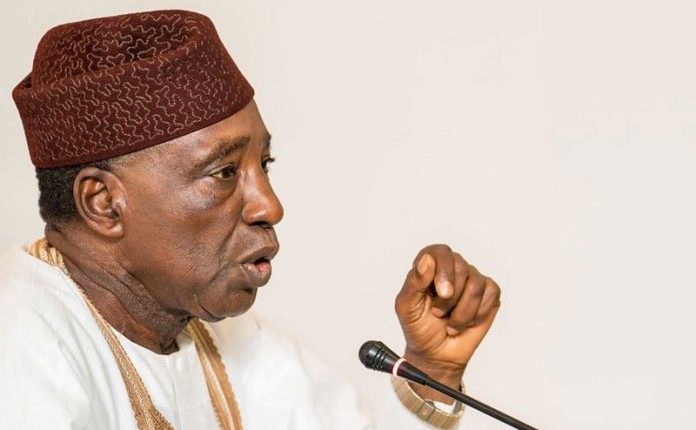 The Federal Ministry of Agriculture and Rural Development in its sustained effort to increase productivity of the Sorghum value chain has met with stakeholders to strategize and streamline the cultivation of the approved varieties for the crop  in the country in order to make a global impact.

Nigeria is the world’s third largest producer of Sorghum after the United States and India.

Speaking at the stakeholders meeting in Bauchi State during the weekend, the Minister of Agriculture and Rural Development, Alhaji Muhammad Sabo Nanono represented by the ministry’s Zonal Director,  North-East, Dr Musa Mohammed, said that the meeting was timely as it will enable an inclusive strategy on how to strengthen and improve on Sorghum value chain for increased productivity and production to assist in tackling the threats of food scarcity.

The theme of the workshop was on ‘Streamlining Existing Sorghum Varieties, Commercialisation and Product Development of Sorghum in Nigeria’.

Nanono said “the overall policy objective of Sorghum production is to increase the productivity and to promote small, medium and large- scale  commercial production of the crop using improved high yielding varieties and hybrids and to promote value addition  of the crop as raw materials for the industrial food markets, livestock feeds and highly nutrition well packaged food products for local and international markets.”

The Minister said “the Federal Government is committed to the promotion of the agricultural sector by  unleashing its potential to drive food and nutrition scarcity,  economic growth and job creation.”

According to him, “the ministry is ensuring accelerated Sorghum production and value  addition towards self- sufficiency to meet industrial requirements as well as boost farmers income and generate employment in the country.”

Nanono said the crop has continued to assume great industrial relevance with many multinational companies especially in the the brewery  industry through the use of  Sorghum grits as adjuncts (up to 40 per cent) to barley base (mash) for making alcoholic and non-alcholic beverages (Maltina, Maltex and Amstel Malt).

He explained further that the Sorghum composite with wheat  flour are used to serve as main ingredient in the manufacture of confectionaries such as bread, biscuit, cracker, cakes, couscous, infant foods and cookies. Others include; noodles, spaghetti and macaroni. In the non- food industrial sector, he said, Sorghum as grits are used for aluminum-ore refining, animal feeds, building materials and in foundry binders.

Nanono emphasized that since Sorghum is one of the staple food in most sub-Saharan  countries including Nigeria,“ its production must be strengthened to meet Regional Reserve, World Food Programme as well as local consumption demands minding the advance effects of Covid -19, Boko Haram/ Bandits and flood.”

24 hours after abduction of staff, gunmen yet to reach out — NAMA