•Allays fear on pension fund use for infrastructure financing 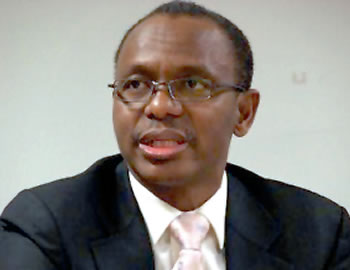 The Governor Nasir el-Rufai committee that was set up by the National Economic Council (NEC) to examine the status of power Distribution Companies (DisCos) in the country, has called for memoranda from stakeholders and members of the public on the problems and solutions of the sectors.

The Kaduna State Governor disclosed this after a meeting of the council presided over by its chairman, Vice President Yemi Osinbajo at the presidential villa, Abuja on Thursday.

He said the electricity situation in Nigeria is broken and requires a declaration of a state of emergency.

According to el-Rufai, who told State House correspondents that his committee has submitted its report to NEC, the objective of the committee is “how do we fix the power sector?”

El-Rufai noted that despite the privatization of the sector, the federal government spent N1.7 trillion on the power sector in three years.

While advising against being judgmental, he said: “The problems in electricity are many, capacity is one perhaps. There are some that have shown lack of capacity it is true but there are many that are fantastic, so it is very difficult to pass quick judgement.

“There are other issues. The entire sector is broken, the tariff is an issue, the way the privatization was done is an issue to many. So there are many many issues.

“What we have agreed on is that there are fundamental problems in the electronic supply industry, and that you cannot privatize an industry and then over three years since privatization, you pump in N1.7 trillion of government into it. That is not privatization.

“The federal government has supported the electricity sector with N1.7 trillion in the last three years and this is not sustainable. So, solutions must be found. Those solutions are not going to be nice. They may be painful, but the only way to solve the structural problems in the industry is to take some very difficult decisions.

“There are many issues including the ones you have observed in Kano DisCo. Our hope is that when we must have presented our report, we would have identified issues and isolated these issues and would present options to the government that would have costs and benefits because we cannot continue to spend N1.7 trillion every try years.

“The question is if we continue like this, are we getting electricity, industrialization. That is one option. We can also look at other options and have cost and benefits attached to it for the consideration of the Economic Council of government.

“So, my appeal is that let’s not be quick to pass judgement. Right now we are listening to all the stakeholders, of course there is a lot of blame game. At the end of the day, we must have an honest conversation as Nigerians and know that unless we fix electricity, we cannot make progress. And this electricity is required not only in the cities but in every home, every rural area.

“How do we fix the structural problem in the industry so that it doesn’t cost the government this much to cover the whole of the country?”

The Kaduna State governor also said his committee his exploring the use of Pension Fund to facilitate infrastructure while allaying fears that people’s money if borrowed, may never be repaid.

He explained that: “I think there is a bit of misunderstanding about this. First of all, it is not true that this money is the peoples money. The people contributed and the government also matches their contributions. So, it’s part government money, is part workers contribution. Every month, when you contribute, there are also employers contribution.

“Secondly, you have to ask yourself the question, if this money is there, what is the best use for the money? You can keep it and keep looking at it and hope that when someone retires he will get it or when he dies, or he dies on a bad road before he retires. This is what we have to ask ourselves.

“Nigeria is not the only country in the world. There are 200 other jurisdictions, we have to look and see how they are developing their infrastructure and learn. It is not rocket science, clearly the way we are going about it, it will not take us to that promise land.”

He said some of the ways to recover the money if used on roads is for toll such roads.

The Governor added: “First is through toll gates, but usually does not cover the cost of paying back any loan you take to construct the road.

“If you invest in the land on the right of way to the project, the company that builds the road, they will earn some revenue from toll, they will also need land to develop commercial properties and make more money from those sources to cover the cost of serving the loans.

“So, the pension money will not be lost. In fact, what is invested will be gotten back with interest.”