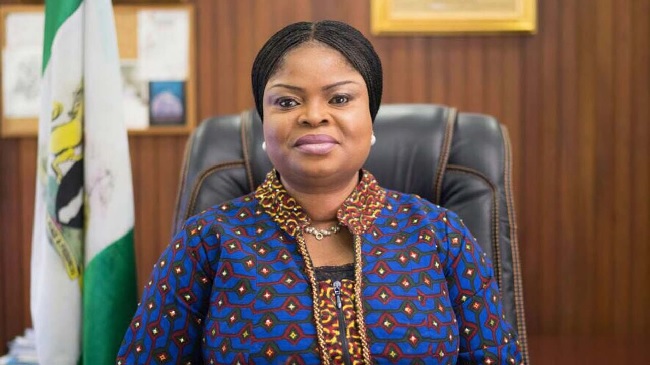 Adamawa in the North-East zone of Nigeria has 21 Local Government Areas with an estimated population of about four million being served by three general hospitals in Mubi, Numan and Ganye and a Specialists Hospital in Yola.

Efforts by the previous administrations in the state to improve the health sector have not yielded much result.

According to the state Ministry of Health report, there are some local government headquarters that have no access to a standard health facility.

The Yola Specialist hospital was established in 1938 by the Colonial Administration as a general hospital to cater to the people of present-day Adamawa.

Since the establishment of the hospital 83 years ago it has never experienced general rehabilitation and upgrades like what is currently going now under the Sustainable Development Goal project.

The hospital structures had been completely changed to a healthcare facility of international standard. The revamping is noticed right from the main entrance gate, access road and walkway in the Specialists Hospital.

All the wards in the Hospital were rehabilitated and furnished with new standard facilities that include beds and other important equipment that make healthcare provision easy and hospitable. Other facilities provided include the hospital Laboratories, Theatre Units, Pharmacist department and Morgue.

The SDG project was also extended to our parts of the state. In Hong local government area, the SDG built a 100-bed standard Referral Hospital with 20 blocks of Doctors quarters and standard laboratories.

The project was completed and waiting for the formal inauguration.

The 40-bed capacity cottage Hospital was equipped with standard Laboratories with MRI, and Doctors quarters as well as an Emergency Unit and road network.

The Sustainable Development Goal was also involved in the building of another 40-bed cottage Hospital with laboratory and staff quarters in Yolde Pate area in the Yola South local government area of the state.

Another SDG health project in Adamawa was the 20-bed capacity Hospital in Paria village in Fufore Local Government Area.

Haruna said that with the rehabilitation of Yola Specialists Hospital and the construction of four new standard health facilities by SDG in the state, the issue of health care service and referral had been solved.

“When I entered Yola Specialists Hospital last week, I was bemused with the changes that have taken place in the legendary health institution. I saw a new beautiful outlook of the Hospital.

“In fact, the hospital now can compete with any standard health facility in the country.

“However, I want to see this gesture extended to the staff where their capacity will be improved,” Haruna said.

Dr Isa Gambo, also a health practitioner based in Yola, said that from the huge healthcare intervention of SDG, accessing standard healthcare by residents would now be easy and affordable.

“The SDG huge Healthcare intervention in the state will really solve many health challenges facing the state. The development will assist in reducing rate of morbidity and mortality in the state.

“It will also make available some treatments that people have to be referred to other states, such as cancer treatment, MRI laboratory check-up among other useful treatment,” he said.

In the penultimate week, (March 7 – 13), there were 2,300 cases, a reduction when compared to the 2,817 recorded in the previous week’s (February 28 – March 6)…FG revolutionise healthcare in Adamawa through SDG intervention