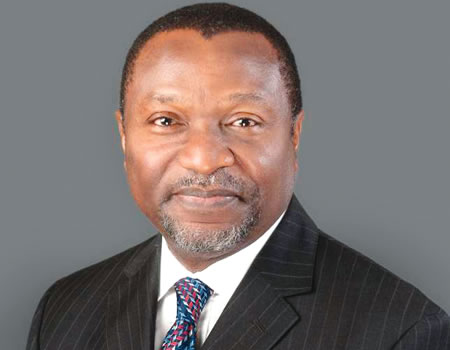 Relief appears for exporters on Tuesday as news filtered in that Federal Government has finally revived the much awaited Export Expansion Grant (EEG), which was suspended because of alleged abuse.

Minister of Budget and National Planning, Senator Udoma Udo Udoma who made this known at the Kano Economic and Investment Summit in Kano city said funding has been provided for EEG revival by way of tax relief, as a further incentive.

While informing State Government that Nigerians would like to see the state return to its former status as a major industrial and commercial hub in the country, Udoma said funds have also been provided in the 2017 Federal Budget to provide infrastructure for the revival of the Free Trade Zone in Kano to stimulate industrial activity.

Describing the theme of the Summit, “Transforming the Economy of Kano: Turning Challenges into Opportunities”, as very apt, the Minister said it aligns with Federal Government’s effort in trying to turn the great difficulties and challenges it met on assumption of office into an opportunity for growth.

“On our part, as the Federal Government, we have been working very closely with the State Governments, particularly through the monthly meetings of the National Economic Council (NEC), to ensure complete alignment in our economic programmes.

“And of course, as you all know the ERGP was developed with the extensive consultations of the States. This is one Federal Government that believes that we must work very closely with the States”, he pointed out.

The Minister recalled that one of the first steps the Administration took after coming into office was to assist State Governments with some bailout funds.

“Some States had some of their bank loans restructured into 20 year FGN bonds; others benefitted from a salary bailout intervention facility, as well as a budget support facility.

“In this way, the Federal Government tried to bring relief to States to help them cope with the challenging situation.”

By unfolding the ERGP, he said the Federal Government is determined to fundamentally turn the nation’s current economic challenges into an opportunity, to change the way the economy has been operating. The Plan sets out how government intends to do this in partnership with the States as it acknowledges that the key to transforming the economy of the country, including the States, is to increase the level of investments in a dramatic and sustained way.

Former Minister of National Planning and Chairman of the Summit Planning Committee, Dr Shamsudeen Usman, lamented the reluctance of Northern governors to constitute the region into a viable economic zone in spite of available enabling resources.

He said it was not too late to do so as other regions of the country are consolidating on the efforts they started some years ago.