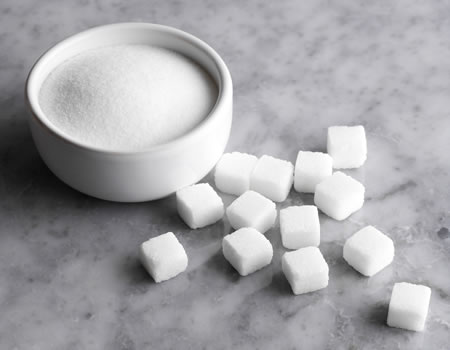 The Federal Government has revised the Backward Integration Programme (BIP) of Sugar refineries being executed by Dangote, BUA and Golden sugar, the pioneers of the BIP policy to pave way for the creation of 65, 805 jobs in the country over the next five years from both the sugar farms and Factories.

At the signing of the revised documents in Abuja on Tuesday, the Minister for Industry, Trade and Investment, Dr Okechukwu Enelamah said the Nigerian Sugar Master Plan (NSMP) which birth the Sugar  BIP policy is key in reducing the heavy importation of raw sugar into country.

Enelamah noted that the challenges currently facing the BIP policy at the moment can only be conquered by harmonious working relationship between the Federation government and the operators of the BIP to ensure full implementation of the articles in the agreement.

In 2013, the first phase of the Backward Integration Programme (BIP) policy was inaugurated with Dangote, BUA and Golden sugar as the pioneer policy promoters.

This necessitated the revision of the programme to give it a boost in the second phase as explained by the Executive Secretary of NSDC, Latif Busari at the signing of the revised version.

According to him, “the BIP of the refineries remains a major strategy for achieving the objective of the NSMP. During the Mid-term Review meeting, the scorecard of achievements in the BIP by the refineries in the first five years; showed the performance was below expectations.”

“It was the view of most participants at that event that much more needed to be done in the second phase.” The BIP plans for the second phase-2018-2023 contains that Dangote sugar will execute 3 project sites while BUA will execute 2 cultivation sites and Golden sugar 3 sites.

He explained further that, “today, the refineries will sign- on to these commitments. What is required on the part of the refineries to meet the targets within the stated time line is the deployment of the resources and the necessary technical competences. Government, on the other hand will address identifiied constraints as appropriate and ensure their impact is minimised.”

In their response, the led delegate of the BIP operators, the Managing Director of Dangote sugar, Engr Abdullahi Sule called on government to drive the BIP policy as a way of supporting the private investors involved in the programme.

He concluded that the targets set by the government were achievable but solicited for partnership with government as tool for a genuine success in the BIP policy.