Latest News
By Jacob Segun Olatunji and Kehinde Akintola – Abuja On May 25, 2021 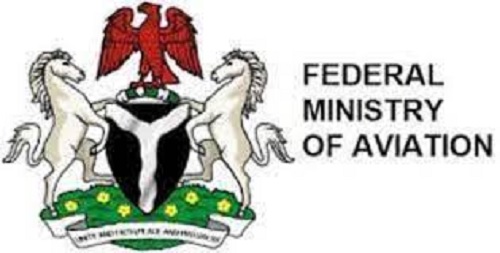 Permanent Secretary of Federal Ministry of Aviation, Engr. Hassan Musa, on Monday, confirmed the receipt of the sum of N5 billion out of the total sum of N26 billion approved for the COVID-19 Intervention fund for the industry.

He disclosed this during the ‘crucial emergency meeting on the air mishap/involving Max Air in Kano State and Aero in Port Harcourt, held at the instance of the House Committee on Aviation, chaired by Hon. Nnolim Nnaji, who expressed grief over last Friday’s plane crash which claimed the lives of the Chief of Army Staff, Lt. Gen. Ibrahim Attahiru and other senior Army officers, underscored the need for the House and other issues affecting the aviation industry.

He explained that the sum of the N22 billion intervention fund was meant for the industry including airlines, car hire operators while the balance meant for the Agencies are yet to be released including the palliatives for salaries.

He, however, expressed optimism that since the Federal Government has commenced the release of fund for capital projects, the intervention fund will also be released to the Agencies and the operators.

In his presentation, Director General of Nigeria Civil Aviation Authority (NCAA), Engr. Musa Nuhu affirmed that the regulatory agencies need more equipment installed in all the airports across the country.

According to him, all the regulatory agencies had earlier met in March 2021 to deliberate extensively on bird strike especially at six airports across the country, on identified areas where there are likely bird strikes and sent recommendations to the Federal Airport Authority of Nigeria (FAAN) for implementation.

While noting that the agency has not been able to procure the necessary equipment due to paucity of fund, he, however, noted that some of the equipment ordered for two years just arrived in the country last week.

The NCAA helmsman noted that any aircraft above 22 years will not be licensed to operate in Nigeria in line with the extant policy, just as he noted that adequate provision to ensure adherence to aircraft maintenance

While speaking on the prevailing situation of some of the airports, he affirmed that Murtala Muhammad airport is turning into a jungle.

On his part, FAAN Managing Director, Captain Rabiu Yadudu noted that the agency has established an environmental unit that handles all related issues as well as ensures adequate training of personnel and environmental modification.

He noted that over a million birds were scientifically displaced and made the habitat uncomfortable for the birds within four-month operations.

Yadudu also noted that $300,000 worth of equipment were requested for and on arrival will be distributed to various departments.

He also stressed the need for hundreds of patrol vehicles as applicable in other airports across the world.

Yadudu maintained that there’s a need for multi-sectoral collaboration to tackle the menace of bird strike including Local Government Area, relocation of markets to tackle the environmental problem posed by a bird strike.

On his part, Commissioner, Accident Investigation Bureau (AIB), Engr. Akin Olateru disclosed that only one accident is estimated to occur within osdne billion flying hours

While reeling out the statistics, Olateru said: “When you relate the percentage you can say one accident to human death in about one billion flying hours. If you look at the US alone in a year, they record over 194,000 wildlife strike with damage of bird strike is big, in the average of $1.2 billion per annum. That’s from the damage.

“But in terms of causing a major accident, it’s very, very rear. And in accordance with the British and Canadian research, in the past two decades, bird strike and related to 106 civilian worldwide.”

While noting that the recent bird strike was reported to Accident Investigation Bureau, the delegation also harped on the need to install all required equipment at all the airports to effectively combat the menace of bird strike, adding that the airline operators require a lot of funds to restore the affected airlines for months before returning back to operations.

While speaking, Chairman, House Committee on Aviation, Hon. Nnolim Nnaji canvassed for the provision of intervention fund for the industry in the bid to ensure safety and security at various airports.

He also stressed the need for Aviation to be supported by giving the fact that they need to have safety and security, we also believed that the federal government need to understand the needs of this industry.

“Right now, this is the safest industry we have in Nigeria, we have recorded zero air mishap for some years now and I believe that if you are doing well, what should be done is to encourage the industry so that they can do better.

“What happened a few days ago, had it been that AIB is not properly equipped, they will not be handed over to the Black Box to investigate. That is why we feel that the industry should be supported and encouraged.

To this end, he tasked all the regulatory agencies to do more in the bid to take aviation to the next level in line with international standard.