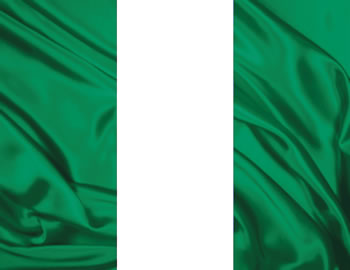 The Federal Government will provide incentives and the necessary logistics support the investors whose areas of interest are in the development of the agriculture and energy sectors as well as industrialization.

These are also the major execution priority areas of the Economy Recovery and Growth Plan (ERGP) being developed by Government to get the country’s economy out of recession and put it on a path of growth and sustainable development.

Minister for Budget and National Planning, Senator Udoma Udo Udoma told a group of foreign investors coordinated by the Renaissance Capital Group, on Tuesday in Abuja, that although government will appreciate investments in any sector of the country’s economy, emphasis of government for now is on areas that will lay a solid foundation for self sufficiency in food production and raw materials’ provision, power and petroleum resources development as well as industrialization.

The Minister explained that these three, coupled with massive infrastructure development, will give the economy a head start towards growth and sustainability as agriculture will not only provide food security but also raw materials to feed local industries; and in the process reduce demand on foreign exchange on imported raw materials.

Investment in the energy sector will boost the economic well-being of the country as power is a major driver of industrialization.

Investment in industrialization especially using local raw materials will have a ripple effect on all sectors of the economy including aiding the growth of small businesses, enhancing the agriculture value chain and providing expertise to small businesses, he added.

He said government was committed to achieving the proposals of the recovery and growth plan through the Ease of Doing Business initiative and by assisting investors with the necessary incentives which will be tied strictly to performance and results rather than on intentions, as has been the case in the past.

The Plan, he said, is rooted on the core values that define the Nigerian system including discipline, integrity, dignity of labour, social justice, self reliance, and patriotism, among others.

Chief Executive Officer of Renaissance Capital in Nigeria, Mr Temi Popoola, said the initial encounter he had with operators of the current administration left him with the impression that there was an appreciation of the fact that there is a huge task at hand, but he was also confident that there was a corps of capable hands to tackle the challenges.

According to him, he has also noticed a sense from government to own up to challenges, which is a big departure from the past which tended to cover things up.

“We’ve seen a lot more of honesty to the scale of problems and challenges at hand”. The group which had earlier visited the Central Bank of Nigeria, Ministry of Finance and Ministry of Trade, Industry and Investment, was in the Ministry to find out details on economic issues that government is facing and plans for tackling them, so as to enable the group make informed investment decisions. Signed Akpandem James, Media Adviser to the Hon. Minister.