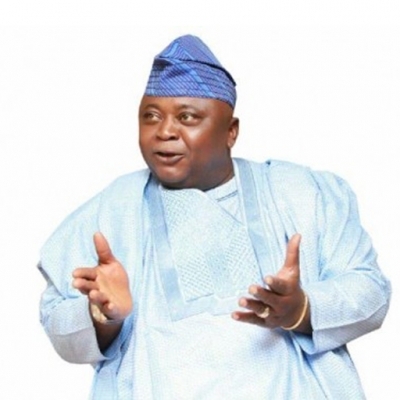 A member of the House of Representatives, Hon. Oladipupo Adebutu, has alleged that the Federal Government has perfected plans to devalue the nation’s currency exchange rate.

He said this on Tuesday while addressing stakeholders at a Town Hall meeting, organised by the People’s Democratic Party (PDP), held in Abeokuta, addressed by the wife of the party’s presidential candidate, Hajia Titi Atiku Abubakar.

Adebutu who claimed that he has privileged information about the currency devaluation scheduled for April, said a dollar would be exchanged for N500.

The lawmaker representing Remo Federal Constituency submitted that the development would not only subject Nigerians to hunger and plunged the country into economic deprivation, but scare away direct investment into the country.

“I am privy to the plans by this administration to devalue the naira in April. This move will not be in the interest of Nigerians, especially the masses. There’s serious problem ahead and this is the more reason why we should all vote for Atiku Abubakar as our next president,” he said.

Adebutu said apart from the fact that the Muhammadu Buhari’s administration ridden the economy of flesh and left it in shell, the administration has also divided Nigeria more on line of religion and ethnicity.

He added that the present government had failed to provide enabling environment for investors to thrive which according to him has led to capital flight out of the country.

While assuring that Atiku’s government would bring back better times and create jobs for Nigerian youths, Adebutu noted the outcome of the forthcoming elections would go a long way in determining the continued unity of Nigeria.

Mrs. Abubakar in her address promised that youths would be represented by 40 and women by 30 percent in her husband’s administration if elected into office.

She admonished the youths to shun any act of hooliganism before, during and after the elections.

“The next administration under the leadership of Turaki Adamawa, Alhaji Atiku Abubakar, will empower the nation’s youths and the womenfolk. We must all support him to be our next president so as to get Nigeria working again.”

“Atiku is not new in the job. He has done this before and will do it again. Atiku will liberate us from these problems confronting us. We should therefore troop out on February 16 and vote for my husband, who has the capacity to make our nation work again,” she added.