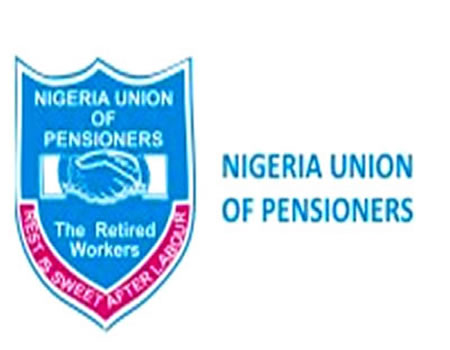 The Federal Government is owing its pensioners in the electricity sector a whooping N25 billion; in arrears of pension and outstanding benefits.

The Nigeria Union of Pensioners (NUP), while demanding for immediate payment of this money said it has written President Muhammadu Buhari, over the long delay in the payment of the pension.

According to the Chairman, All Sectoral Units and Parastatals of NUP, Elder Alex Abu, the issues that make up the arrears of pension include Harmonization, N14.5 billion, Monetization N7.4 billion, the Year 2000 Retirees Arrears N3 billion and Electricity Rebate Allowance N972 million; totalling N25.3 billion.

He stated that the pensioners were owed this sum due to non-implementation and in some cases partial implementation of Federal Government’s policies.

He said the harmonization was the Federal Government’s deliberate policy to bridge the gap between old and new pensioners who retired on the same grade levels, adding, “this is in consonance with the constitution of the FGN which stipulates that whenever there is an increase in workers salaries, pensions should also be reviewed for an increase.

“Over the years, this was not adhered to and this brought about discrepancies in retirees’ pensions who retired on the same position at different times. The harmonization policy was supposed to bridge the gap, but in the case of the Electricity Sector only about 30% have been harmonized and hence receiving their correct pensions while about the 70% remaining are yet to be paid.”

Elder Abu stated further that the amount involved is N7.6 billion, adding that the figure was as of 2014 when only about 45 per cent of those affected were paid.

“The documents relating to these arrears were passed on to the Director-General Budget Office on the 18th August 2014 after the pensioners of the Electricity Sector had been transferred to PTAD under the Defined Benefit Scheme (DBS) by the Nigerian Electricity Management Company.

“In the meantime, many of the beneficiaries have died. Many died as a result of the inability to take care of their ill-health. Some are very sick and need urgent medical attention. For those alive, the payments of these arrears will bring a new lease of life to thousands of pensioners affected. These arrears are legitimate entitlements and that is why we are making this passionate appeal to the President who has been very compassionate generally to issues concerning pensioners, to please look our way and pay these arrears.

“It will go a long way in improving the economic situations of these pensioners. They are old men and women who have paid their dues in their active years in the service of the nation. Information at our disposal indicates that these arrears have been verified and certified for payment. We, therefore, implore our benevolent president who himself was once a pensioner to please pay the arrears.