FG orders evacuation of inmates in Kogi prison over flood 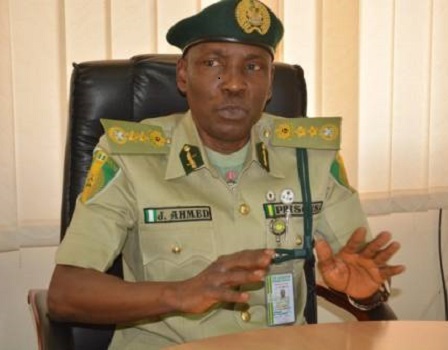 THE Federal Government has ordered that all the inmates, including the recaptured ones at the Koton-Karfe Prison yard in Kogi state, be evacuated to a secured facility following the flood disaster that rocked the yard on Monday.

Comptroller General of the Nigeria Correctional Service (NCS) Ja’afaru Ahmed, gave this directive while giving assurance that all the escapee inmates would be recaptured.

Nigerian Tribune gathered that about 200 inmates escaped from the yard when the prison wall collapsed as a result of heavy flooding.

The NCS’s National Public Relation Officer, Frances Enobore, when contacted confirmed the flood disaster that hit the facility in the early hours of Monday but clarified that the inmates that escaped from the yard were not up to 200.

Enobore disclosed that the total number of inmates at Koton-Karfe yard even before the incident was 227, noting that not all the inmates left the facility when the flood fell the wall.

He further discloses that the Comptroller General had visited the scene and ordered that all the inmates be evacuated.

He, however, failed to disclose where the inmates were moved to as directed by the Comptroller General.

He said: “The good thing is that our Comptroller General has visited and saw the terrible condition of the prison. The yard is flooded with water. In fact, it was a terrible situation at the time we visited.

“I can also tell you that some of the inmates could not leave the facility because of the fear of being drown and some have even been recaptured.”